With two successful model cars in the 1:43 scale, Hugo Ripert and his team focus thier attention on a Renault brand. 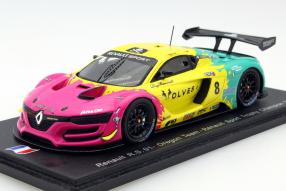 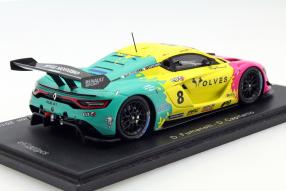 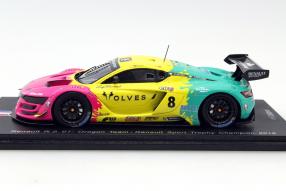 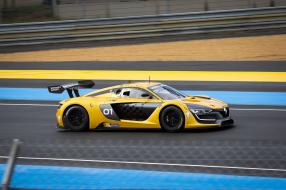 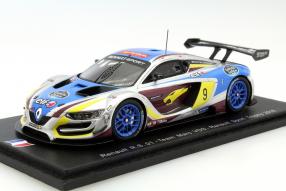 January has started, the new year is on the rise. Even if it would be advisable to write an article about winter-ready off-road vehicles in the face of the weather prevalent in Germany, we would rather look forward to the motorsport season ahead, which is also a retrospective in the 1:43 scale. Spark has taken pictures before the festive modellautos to the Renault R.S. 01 from the Renault Sport Trophy, which we would like to deal with today. These miniatures are distinguished by the typical finish for the model builder in the details and, of course, also offer harmonious proportions as well as an appropriate look. Many collectors, however, the Renault Sport Trophy is not a concept: This is to help this contribution to the two miniatures.

What is the Renault Sport Trophy?

The Renault Sport Trophy in the current form was first launched in 2015 and, like many brand cups events with the same material, offers quite exciting races with exciting two-fights for all riders. The series is equipped with the 404 kW / 550 strong Renault Sport R.S. 01, whose maximum torque is 600 Newtonmeter (Nm) and whose 3.8 liter catapults the car to a maximum speed of 300 km / h. The premier season featured 18 races and 20 rider teams, who competed against each other on six different routes. For example in Spa-Francorchamps, Hungaroring in Hungary, English Silverstone and the traditionally rich Nürburgring in Germany.

The spectators experienced the 1.120 kilogram-weighed mid-engine racing car made of carbon fiber composite with free admission. For each of the six events, two sprint and one long distance races were on the agenda. The first-year champion in the so-called prestige standings was Dario Capitanio, who, together with team-mate David Fumanelli, joined the championship crown in the Endurance Trophy. So we would be the first model car of the two R.S.01, which gave us Spark in the shelf. The car with the start number 8 shines with many details, such as the bow and rear apron, the windscreen wipers made of photoetches and the meticulously developed interior.

In 2016, the Renault Sport Trophy - like the Eurocup Formula Renault 2.0 - was launched as part of the European Le Mans Series. The calendar also included 18 races on six challenging courses, including Motorland Aragón in Spain, the Red Bull Ring in Austria, Imola in Italy, Paul Ricard in France and Spa Francorchamps. Two 25-minute sprint and one long-distance races were held at each race weekend. This season, Spark's second model car is the Renault Sport Trophy, the R.S. 01 of Team Marc VDS with the drivers Palttala and Schiller. Both models are, by the way, limited to 300 units each and are made from high-quality Resine plastic as usual. In the above embedded video you can enjoy a look back at the 2015 season with the model of the former model: Have fun!