To accompany the spectacle for historic sports and racing cars, we have found two 1:18 scale model cars from Minichamps to BMW 1800 TI. 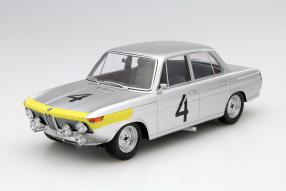 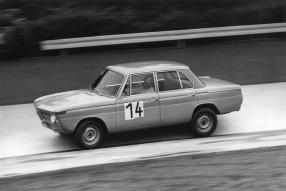 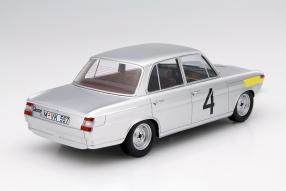 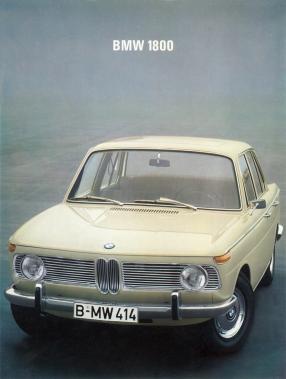 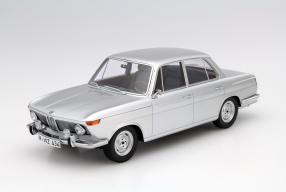 Only a few hours ago, that the Bavarian car manufacturer BMW has released its highlights from this year's Goodwood Festival of Speed. The video, which they have unlocked on thier own Youtube channel, carmakers, we could embed to the top of this article. No less beautiful to look at the two car models for BMW 1800 TI, which are offered both in the racing version as well as for the road. Manufacturer Minichamps has again chosen resine plastic as main material and presented in size 1:18 miniatures that leave nothing to be desired in terms of finish and build quality. We would not be surprised if you encounter cars of this series on the AVD Nürburgring Oldtimer Grand Prix 2016, in which we are again on the spot.

The Model Car by Minichamps

The model of our featured here today model car is an offshoot of the so-called New Class, the first intermediate range of the automaker BMW after WW2. The four-door should close the gap between the microcar Isetta, the small car BMW 700 and the BMW 3200 S. The latter is better known as the Baroque Angel and belongs to the upper middle class. If you look at today's model programs, one discovers that almost any gap and niche is occupied. Since one can speak comparatively more holes than gaps that was completed there in previous model ranges. The new class did successfully from 1962 to 1972 until it was replaced by the first generation of the BMW 5 Series (E12). The 1800 TI heard internally on the name Type 118. Its 1.8 liter four-cylinder contributed 66 kW / 90 PS.

Special Edition for the Motorsport

The Sport variant was nicknamed TI for Turismo Internazionale and a 81 kW / 110 hp increased power set. Two Solex twin carburettors and increasing the compression caused the power output. Because of Motorsport is already at that time been an important marketing tool for BMW, the engineers developed the special model BMW 1800 TI / SA - SA stand for special design - in a quantity of 200 copies for homologation for motor sport. Only drivers in the US and Europe, who had owned a license to participate in such events could be pleased with the allocation of such cars. This offered significant modifications to the engine: Larger valves, 300 ° -Nockenwelle, two Weber carbs, compression 10.5: 1, the crankshaft with 8 counterweights: Achieves were so 95 kW / 130 hp.

Of the changes under the sheet metal and the peculiarities of the chassis fans of the model presented here cars can not see anything, but the enlarged brake discs and the interior with bucket seats has transferred Minichamps in the Sport version is very knowledgeable in the model; well understand if the zivilie variant parked next to it. Externally similar to the BMW 1800 TI / SA largely the BMW 1800 TI; up to the nameplate of the BMW 1800 TI. The wood steering wheel have both; the version TI / SA was robbed prototypically their bumpers, in the case of the winning car of the 24 hour race of Spa-Francorchamps in 1965 but provided with a restrained decor and auxiliary headlights. We would have shown you pictures to the 1965 cars, but all pictures from the BMW database dating from 1964th

With such a history from the BMW 1800 TI, we expect to see once again one of these cars from 12 to 14 August 2016 at the AvD Oldtimer Grand Prix, to the 20 races and regularity tests and 500 racing cars, museum pieces and rally cars are announced. Also we are with matching model cars and look forward to see you there. Until then, and now have a nice weekend. The sun will come back!