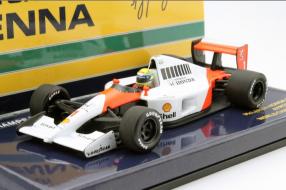 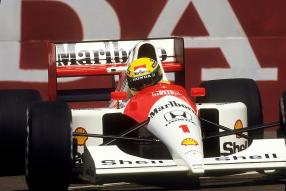 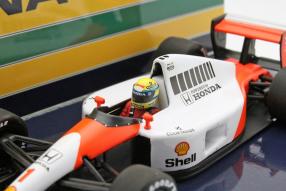 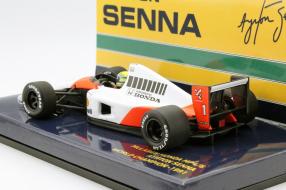 Yesterday is somehow today. At least in terms of hardware. Not  when a man is concerned, whose life and career remain unforgotten: Ayrton Senna. Although the popular racing driver from Brazil is no longer with us, but lives on through the work of his sister Viviane. Together with her, the fomula 1 driver had designed the outlines for Instituto Ayrton Senna, which was founded in 1994 by his family. The 60 permanent employees have since improved the viability and future conditions of about 4 million Brazilian children. The Foundation is also working in the scientific field and in the training of professionals in order to provide from the outset better foundations for the disadvantaged in society.

The foundation of success

Ayrton Senna won during his career in Formula 1 65 pole positions, 41 wins and 3 world titles: 1988, 1990 and 1991. Based on the success and his title was the cooperation with the team McLaren, who put his hand on Honda as engine supplier; a cooperation which is continued with the start of the 2015 season, but so far can not build on the former achievements. At the successful 1991 recalls the model car of McLaren MP4-6, the Minichamps einparkt 1:43 under article number 540 914 301 in the showcases of collectors. The zinc die-cast model wears Marlboro livery whose logo was replaced with regard to the ban on advertising cigarettes by a barcode.

The model to the model developed by the designers Neil Oatley and Henri Durand. The Honda introduced into the partnership V12 was installed longitudinally in front of the rear axle and listened to the type designation RA121E. The engine took from its 3,493 cubic centimeters 530 kW / 720 hp to 574 kW / 780 hp at 14000-14800 rpm. The cylinders were arranged at an angle of 60 degrees. The power transmission took a transverse mounted six-speed gearbox from McLaren, that was changed in the course of the season against a semi-automatic transmission. The MP4-6 was the first McLaren, which was used with active suspension and traction control.

News in the Ayrton Senna Collection

The monocoque consisting of carbon fiber reinforced plastic. Ayrton Senna and his teammate Gerhard Berger brought the McLaren MP4-6 in the 1991 season a total of 139 championship points, won 8 races and secured 10 pole positions. In a B-version came by use in the first two races of 1992 another 9 points added. As usual, so Minichamps has transferred the intricacies of the then somewhat simpler drawn race car in appearance voices on the scale of 1:43. Published is the model car in the exclusive appearing at Minichamps Ayrton Senna Collection, imported from the same time also the Lotus 97T 1985 in 1:43 and the McLaren MP4-7 in size 1:18 in the market.