With the Mercedes-Benz G-Class W463 series the team from France presented a wonderful miniature of the latest version of the long-running. 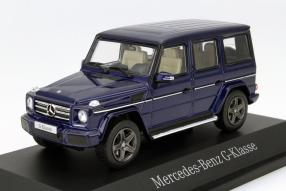 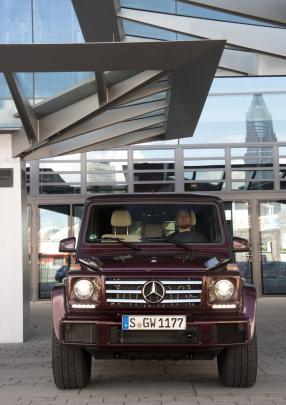 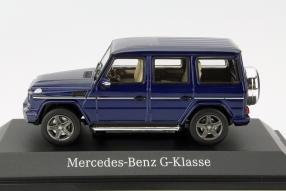 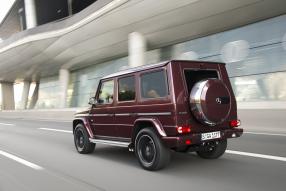 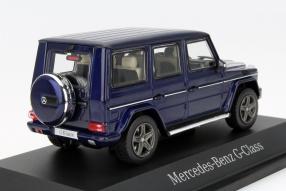 When a car is built over 37 years, then reaches an internal series designation probably barely: Today G-Class vehicle mentioned series yet appeared in 1979 with the type designation W 460, under which it was carried out until 1990 in the catalogs of Mercedes-Benz , From then on, drove the W 461 and W 463 in the spotlight: The 461er as G-model for the more gritty tasks of municipalities and armed forces, the W 463 as the representative of the upmarket clientele. The latter has reached an optical as well as technical maturity, which is without parallel in the automotive industry and provides the Norev in 1:43 scale collector renewed attention. The zinc die-cast model takes on the prototype, which Mercedes-Benz introduced in September 2015, some facelift in luggage.

No other car in the world has in virtually unchanged design so become more mature, as the G-Class: During a Porsche 911, although for decades the same name, the current version of 991 has in common with the original nine-eleven technically only the rear-engine concept. With the G-Class is still the same body, which is for 37 years in production reaching adjustments. Externally cosmetically freshened by goodies like lying under the spotlights LED daytime running light strips and spoilers, there are under the sheet much more serious progress, has to offer the car today; both in terms of the motors and the electronics with its assistance systems. Up to 16 percent more output and up to 17 percent lower fuel consumption announced by the manufacturer for all variants of the G-class from this facelift. Inside, the W has 463 developed further to its luxury clientele meet.

For model 2016 Mercedes-Benz has its long-running even donated a new V8 engine with 4.0 liter displacement, direct injection and twin turbochargers. It is based on the new generation of engines, the 63 inspired already the Mercedes-AMG GT and the Mercedes-AMG C to extraordinary performance. For use in the G-Class the V8 has been modified and does in this version 310 kW / 422 hp with a maximum torque of 610 Newton meters (Nm). Spontaneous response and high torque are therefore distinguished him, so Mercedes-Benz to the press. Maximum strength with the lowest possible weight guarantees the aluminum crankcase of the driving record, which is not to understand because of closed permanent cover in the model diecast.

The car models from Norev from Vaulx-en-Vaulin enjoy long an equally excellent reputation, such as those from Minichamps. Unlike the people of Aachen, the French have better people sitting under certain circumstances in the calculation, because again reduced Norev a new vehicle from the passenger car range from Mercedes-Benz. Basically all novelties of Stuttgart from Norev have appeared as an advertising model in recent years 1:43; appeared in just at the Nuremberg Toy Fair catalog Edition 1 from Minichamps is listed in this size only Mercedes-Benz 300 S Cabriolet in Road Cars division; anything recent, hard to imagine, but true. So just Norev has also taken the contract for the W 463 2015 on land and a great model delivered.

The properties of the model

Proportions and appearance vote, the lines and the look of the model coincide exactly with that of the prototype. The numerous creases and lines correspond exactly to the specifications of the original. Niceties like the LED lighting strips, the chrome trim on the radiator grille and provided with a chrome insert rub strip on the sides is Norev met with great detail. Chrome also the sill and the housing for the spare wheel.

A dream: The detailing in the interior, by the two-tone effect is extreme, especially in the model in Mystic Blue. Comparatively boring in this regard is the variation in polar white, because of the slight Mokkaton held, monochrome interior is too one-dimensional. Nevertheless Norev has copied slavishly correctly even with this model, the dashboard and the seats and the door side panels. Matured as the model including the advertising models: Note 1, which otherwise Does it in advertising not "the best or nothing?"..