It is undisputed that the 2021 season is one of the most exciting in Formula 1. Red Bull Racing and Mercedes fought closely in the race for the world championship crown. 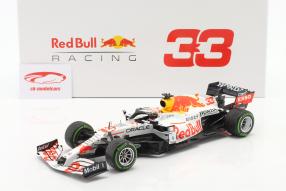 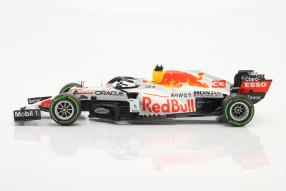 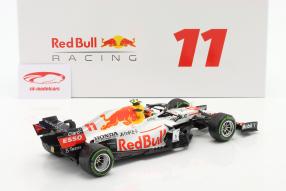 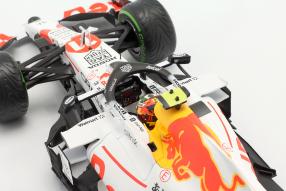 Why did Minichamps choose the Turkish Grand Prix for a limited set? We have the reasons why!

The explosiveness in advance: Max Verstappen had lost his championship lead just a few days earlier. Thanks to his victory in Sochi last week, Lewis Hamilton moved up the table and traveled to the Istanbul Park Circuit with a two-point advantage. So it was clear: Whoever gets the better place in Istanbul will also leave as the leader of the table.

The role of Sergio Pérez: "Checo" lived up to his role as a supporter in the world cup-fight 2021 several times. This also applies to the 16th round of the season in Turkey. In the early stages he kept Lewis Hamilton in check, who had lost his pole position due to an engine change. The seven-time world champion lost valuable points in this way.

Strong team effort: In 2021 it was rare for both Red Bull Racing drivers to make it onto the podium in one race. Of course, the joy of the team around Christian Horner was all the greater. Because behind Verstappen, who finished second, Pérez completed the podium in third. It was the second time in the 2021 season.

Unusual look: To celebrate the collaboration with Honda, Red Bull Racing gave the two RB16B a special design. Actually, this weekend should have been driven in Japan, but the Honda home game flew off the calendar. The design was an allusion to the Honda with which the American Richie Ginther brought the brand's first victory in 1965.

Strictly limited: As special as the circumstances were, the number of pieces in the set is also limited. This is a ck-modelcars Limited Edition with a high-quality folding box, of which only 222 copies are available. The models have been produced in the usual high quality by Minichamps.

[06.12.2022] A touring car from the time when television newspapers still acted as sponsors in racing 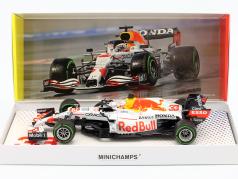 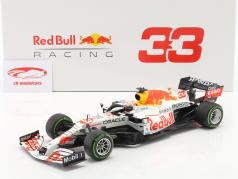 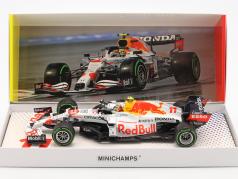 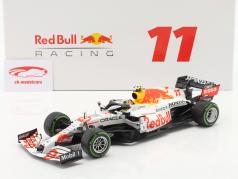