With a surprising as well as amusing marketing campaign, the French drew attention to their 100th birthday 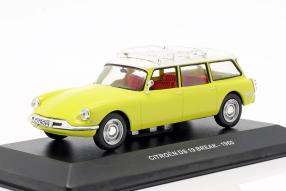 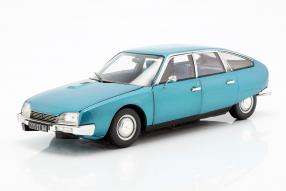 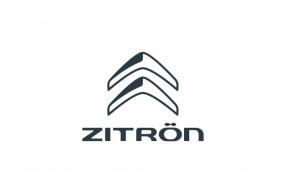 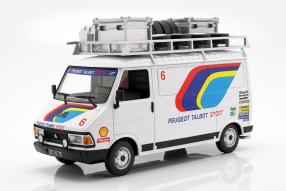 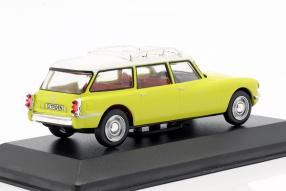 Many fans of our blog will have smiled at the beginning of this week just as we: The French car manufacturer Citroën renamed for a short time as Zitrön. The campaign with the title "The Ënd of an era: Citroën becomes Zitrön" was developed in cooperation with the creative agency Havas in Dusseldorf. The result of it was that all german internet-channels and presences were renamed from "Citroën" to "Zitrön". The backround of that idea was the often difficult pronunciation of the name "Citroën", especially in the German-speaking countries, said the car manufacturer, celebrating its 100th birthday this year and as the second part of the action humorous pronunciation tests and instructions for the correct pronunciation of the name Citroën in prospect. Reason enough for us to see which modelcars we have on the subject. Brand new is for example the CX 1974 in delta blue from Norev.

Pronouncing Citroën in the right way was never a problem for us: Sitro'en was founded in 1919 by André Citroën, who purchased the start-up capital for his company with the help of a machine for the manufacture of gear teeth and the production of shrapnel grenades. From this time is the usual company logo, which corresponds to a double helical toothing. In 1919, the company dedicated itself to the automobile and began with the Citroën A; in the series already equipped with electric light and an electric starter and thus technological pioneer. In 1920 the spare parts trade was introduced; 1921 leasing and rental vehicles. That the company Citroën brought out modelcars to their vehicles since 1923 is of course a highlight of the company history of very special meaning for us.

And that leads us into our webshop, where the latest miniatures and the replicas of the classics are waiting for you. Completely new in the range is the Citroën Acadiane in the Acaspot paintwork in scale 1:18 of Solido, which offers openable doors under the item number S1800404. With the Citroën DS 19 Break scale 1:43 models, Solido is adding the novelties of the month to a true classic that has shaped Citroën's reputation (S4304400). A popular small car in 1988 was already the AX, which Solido now offers in scale1:43, in white and in the equipment version Kway (S4304900). An attempt in the upper class was to launch the exotic Citroën SM with Maserati engine from 1970, which Whitebox dedicated a limited edition of 1,000 pieces model of diecast in the format 1:43 (WB297).

Successes and modelcars in / for motor sports

Ixo recently unveiled the Citroën Motorsport C35 transporter for the fans of motor sports, which is appropriately decorated for the Peugeot Talbot Sport Rallye Assistance and has a roof rack with spare parts on board. The interesting 1:18 modelcar is available of diecast under 18RMC019X. In motorsport, the car manufacturer is now successful in the WRC, which Ixo and Direct Collections take you into account with models to the C3 WRC. Citroën won in the World Rally Championship from 2003 to 2012 eight manufacturers' titles; Sébastien Loeb won nine drivers' titles in a row from 2004 to 2012. Citroën is thus the manufacturer with the most driver titles and the second most manufacturer's titles in the history of the World Rally Championship. No matter if cars from then or today: Citroën is today an important pillar of our company.