A modular from Autoart in scale 1:18 fascinates especially because of the quality of the worked out details under the hood 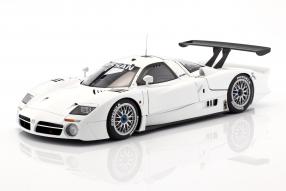 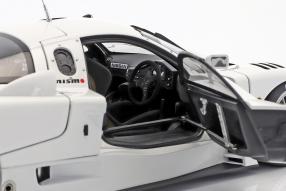 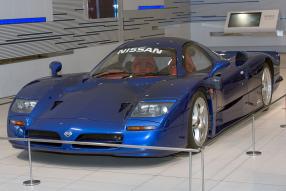 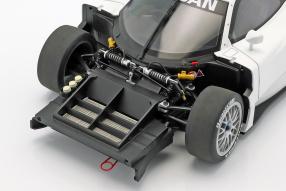 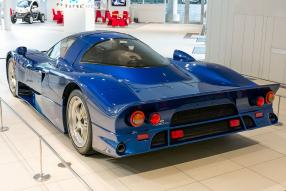 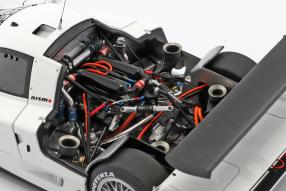 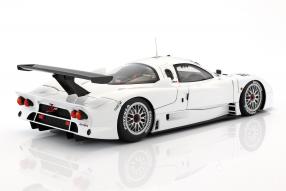 Many fans concentrate at the plant of their collection on a certain topic, as for example the miniatures after the role models of the Formula 1 or after certain car brands. Of course there are friends of the brand Nissan, but they are naturally a very small number because of the low supply of models. Friends of super sports cars or cars, which had started in the sports car world cup, will surely like the new Nissan R390 GT1 from 1998: Autoart presents the modelcars, built out of diecast, in a fantastic quality. It is a model, which actually should not be missing in any collection, because with the appearance of the technical details, it literally hits the heart of a collector. Let's have a closer look at the miniatures from Autoart - ownspelling AUTOart!

The Nissan R390 GT1 was designed by chassis builder Tony Southgate and designer Ian Callum at Tom Walkinshaw Racing for participation in the 1997 and 1998 Le Mans 24 Hours. For the approval according to the regulations of the former GT1 class, it was necessary to build a road version homologated by the FIA, for the 1998 version of which Autoart introduces a really great modelcar in the format 1:18 and with the item number 89877; in white painting and limited to scarce 500 units. In a finish in which Minichamps incidentally also gave the racing cars of the type Porsche 956, but the people from Aachen renounce in their new editions on the removable bonnet and thus on the actual delicacy of the models: The replica of the drive. This can be seen at the Nissan R390 GT1 after lifting the engine cover.

Underneath there is a scaled-down copy of the V8 with Twin turbocharger in a quality, very similar to the high-end label CMC. The eight-cylinder engine for the race car took 478 kW / 641 hp from its 3.5-liter of capacity. The throttled road version, however, made only 254 kW / 345 hp. The single piece is now in Nissan's branch in Zama. In the model, we are fascinated by the way, Autoart has engineered the V8 into the model with its engine block, wires and cables, gearbox suspensions, tanks and connectors. The whole drive unit is a feast for the eyes, which should delight the fans every day! We make a big compliment to the mold-making engineers but also for the front: If you lift off the hood there, the radiator replica and suspension are perfectly replicated.

Formation flight in the finish 1998

Autoart exploits the freedom that makes diecast as the main material, as well as making the doors to the interior work well. They provide a full and detailed insight into the cockpit of a racing car, which was given a long-tailback for 1998 and thus finished third, fifth, sixth and tenth at the 66th edition of the traditional race at the Sarthe. We not only recommend the accordingly, in the length of about 26 centimeters measuring model because of its harmonious appearance and lines, but above all because of the love with which Autoart has emulated propulsion kit and technology: No sport and racing car fan is likely leave cold.