From 1:87 to 1:12 there is nothing that does not exist in Aachen. We have summarized the highlights of the most important car brands 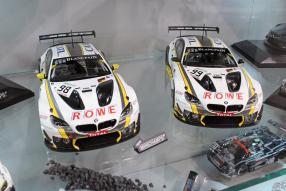 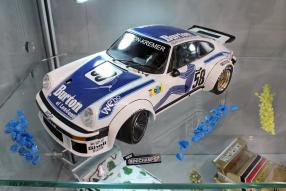 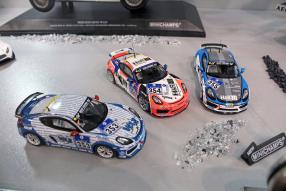 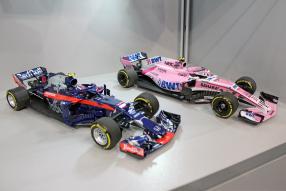 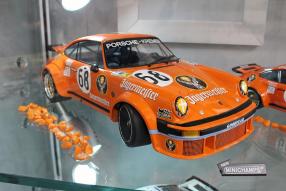 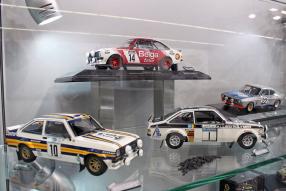 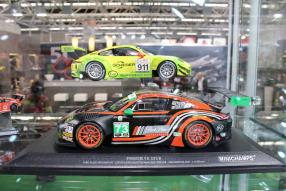 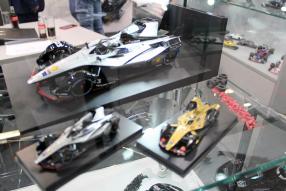 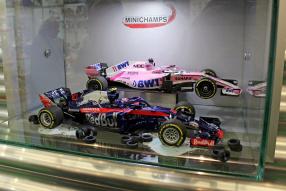 At the Toy Fair Nuremberg, Minichamps aired the veil on the novelties of 2019 and presented miniatures in many scales and to many topics. We want to get straight to the point and list the highlights from the program for this year. Let's start with new helmets in the design of Valentino Rossi, which appear in scale 1:8 and 1:10 and capture the look of 2018. Italian continues: With the modelcars to the Alfa Romeo Stelvio in scale 1:87! The models made of plastic do not remain the only ones of this brand: It goes on with the Giulia and the Giulietta each in two colors. Two new Alfa Romeo Spiders from 1983 in 1:43 and out of diecast are announced. In 1:87, the Audi e-tron 2020, the current Audi A6 Avant 2018, the Audi RS4 Avant and two Audi V8 1990 and the BMW 1600 1968 in 1:43 also come in diecast.

Brabus and its products, based on the Mercedes-Benz G-Wagon, the Mercedes-AMG GT or the E-Class will also find access in 1:87. As well as the Ford Fiesta ST, Ford GT, Ford Mustang and Focus RS: All out of plastic and according to the role models from 2018. The Ford RS 1800 is going to be the next big thing in scale 1:18; out of diecast, in civil finish and numerous models from the motorsport. As we know, the Formula 1 plays an important role - that a showcar from the Formula E in scale 1:43 and 1:18 is going to appear, is a surprise: ABB Season 5. The race cars from the teams Audi Sport Abt Schaeffler, BMW Andretti Motorsport, DS Techeetah, Envision Virgin Racing, Geox Dragon, HWA Racelab, Mahindra Formula E und NIO Formula E Team, Nissan E.Dams, Panasonic Jaguar Racing and Venturi Formula E will come in 1:43 and 1:18!