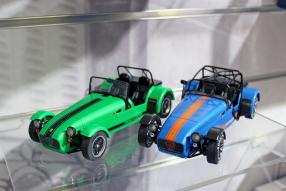 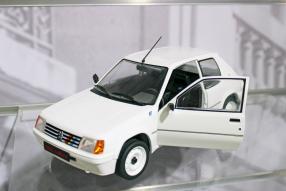 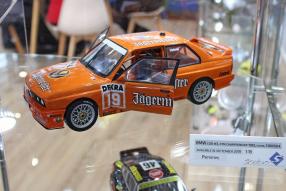 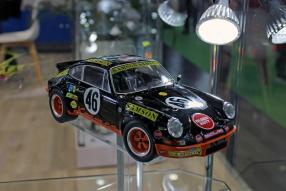 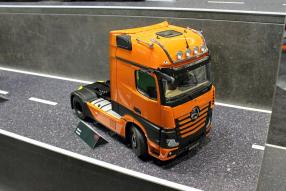 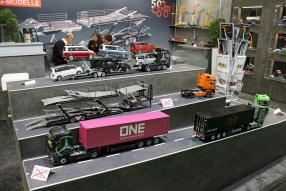 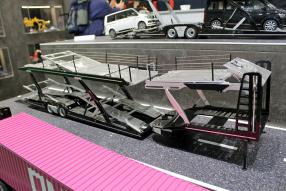 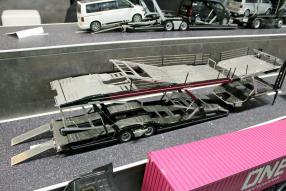 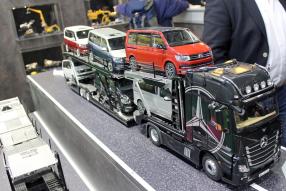 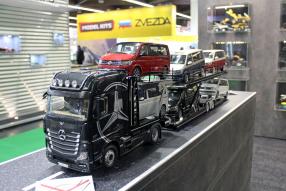 Further novelties are: AC Cobra 427 MK II purple, Porsche 911 RSR 1973, Steyr Puch 500, VW Beetle Sport yellow, Renault 4L Jogging 1981 and the Citroën Dyane yellow. We caught a glimpse of the VW Golf L 1983 in scale 1:18 in beautiful blue 1983 and the Citroën Traction 11B. At the trade fair stand of the NZG label, which is well-known for commercial vehicles, everything is focused on the "Car transporter" semitrailer: ten months of development time were needed to develop the trailer with a height of 22.5 centimeters and a width of 13.7. The 1:18 scale model consists of over 500 individual parts, including 80 plastic, 167 zinc and 32 etched parts as well as 225 screws, pins and tools. The vehicle platforms and the loading ramps for the lower and upper levels are made of high-quality metal - including the characteristic hole structure.

Fully functional details on the trailer

All original moving parts can be also used on the model. Even the control levers for the ramps and at the central axis are reproduced true to detail and protected by movable cover flaps. The elaborately made Diecast model is well complemented by the Actros tractor with the latest features of the prototype. The Actros has a tilting driver's cab, interior lighting, the lighting of the Mercedes-Benz star in the grill and an excellently reproduced engine.