With a re-circulation and real novelties, the team around Shuxiao Jia relies on proven: modelcars in top quality 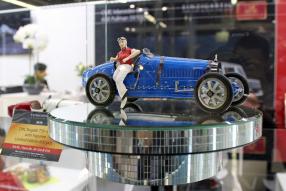 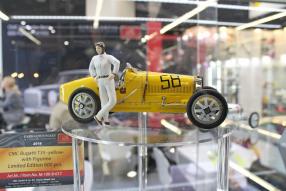 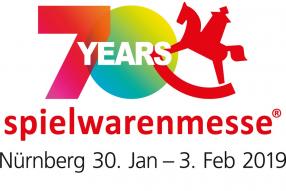 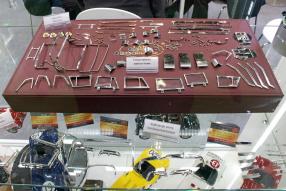 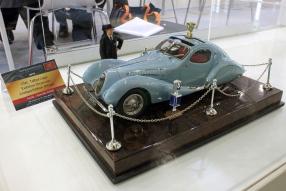 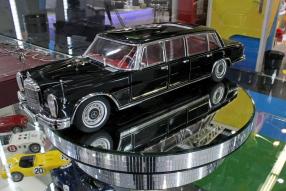 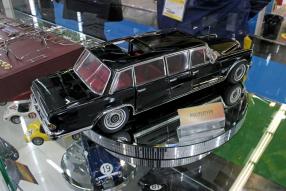 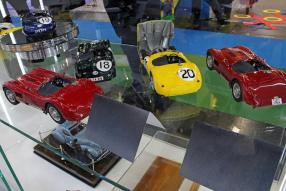 The German top label CMC shows its target for the toy fair 2019 to continue the care of the high standard of its modelcars. The metal precision models with a variety of functional parts convince the collector for many years: no manufacturer builds better modelcars than the label from Stuttgart-Fellbach, which relies on authentic materials and the highest quality workmanship. With the item number M-055, the team around the honorable managing director Shuxiao Jia presents to the International Toy Fair the re-circulation of a very popular model, the Mercedes-Benz SSKL, as he took part in the Mille Miglia in 1931. The miniatures reissued in scale 1:18 will be available for a retail price of about 392.00 euros in the trade. Let's take a look back and watch at the details before we look at the other newcomers from Fellbach!

Between 1927 and 1933, the supercharged racing cars Mercedes-Benz S-SS-SSK-SSKL were used on all major routes. Their successes earned the vehicle's nickname "white elephants", they came for use in white paint at that time. In their cockpits sat famous pilots like Hans Stuck, Carlos Zatuszek, Manfred von Brauchitsch or Bernd Rosemeyer or Rudolf Caracciola. Caracciola went to the start of the Mille Miglia in 1931 with a SSKL lighter than the SSK and with the starting number  87. After 1,635 kilometers traveled distance, the 1901 in Remagen born child as the son of a hotelier family, the "Karratsch" called racer won the world-famous endurance race in new record time. According to CMC has extensively researched and built a suitable modelcar to.

The all-metal model is implemented from more than 1,885 parts! Particularly noteworthy compared to the first edition are the again improved wheels, which were equipped with this model for the first time with nipples on the stainless steel wire spokes. Under item numbers M-188 and M-189 CMC brings this vehicle also in the decoration of the race car of Hans Stuck with the start number 10, with which he entered the 6th place in the Grand Prix of Germany in 1931; limited to 800 units. With the No. 12 started colleague, Otto Merz and ended up at the end with one place in front of Stuck. 600 models are coming on the market. But not only these modelcars make up the novelties of CMC: Under the designations M-100-017 and M-100-18 CMC presents two further Bugatti T-35 in yellow and blue livery.

This year's International Toy Fair will open its doors from the 30th of January to the 3rd of February. In 2019 it will be her 70th edition. Buyers and specialist retailers expect changed product groups, special shows and know-how for their daily business activities on the 170,000 square meter site of the Nuremberg fairground. They hit 2,886 exhibitors from 68 countries, with the international share rising from 75 percent to 76 percent year-on-year. For many fans, it is new that the International Toy Fair also includes festive items, carnival and fireworks. The catwalk on the showtime promotion area features daily fashion shows featuring the latest carnival costumes and make-up tips. But by the way: We dedicate ourselves to the new modelcars and will provide you with photos and information on Instagram, in this blog and via Twitter.