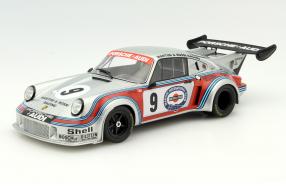 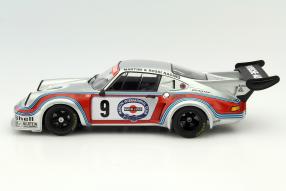 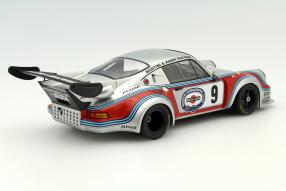 For motorsport fans this weekend is a very big deal: First, the DTM races at the Nürburgring the last third of the season and the other celebrating the fans around Lord March Goodwood Revival, which unlike the Goodwood Festival of Speed ??since 1998 annually in September hosts in the old Goodwood Circuit. Participation is open to the vehicles in the time - started as a real racing car - ie 1948-1966. This event has a special flair, because the track is still largely in the former state and many visitors wearing contemporary clothes.

Audi legend Tom Kristensen won in 2015, settled there the race "St. Marys Trophy" for racing touring cars from 1960 to 1966th From last place from Kristensen showed in the 17 laps on the 3.8-kilometer Goodwood Circuit a great comeback, crossed at the end of the finish line as the winner. And this year ck-model cars is represented at exactly this location with the latest car models after classical models behind the grandstand. For example, as with the two Porsche 911 Carrera RSR 3.0 of start numbers which are to speak only at modelissimo and ck-model cars. 8 and 9

Norev represents us so two car models to the models in 1974 before that tell of the performances of the car at the Watkins Glen 6 Hours and the 1000 kilometers from the Nürburgring. Dangers were the racing cars in two races by the Swiss Herbert Müller and Dutchman Gijs van Lennep. In the final standings at the Nürburgring she finished 6th Place. By car, the driver pairing started at Le Mans in 1973 and 1974. Norev provides us with the model cars of the 911 Carrera RSR 3.0 miniatures that reflect not only the proportions and appearance of the legendary role model exactly, but the knowledgeable with a variety of reproduced know to inspire details: filigree front spoiler, a slavishly exact replica of the mighty rear spoiler and a lifelike image of the interior included.

BMW before the DTM at the Nürburgring in front

The followers of the DTM look this weekend certainly in the Eifel to the Nürburgring. There the races 13 and 14 of the DTM season in 2016 standing at that place for four BMW teams on historic ground: For decades the Nürburgring for BMW and the DTM is a race sporting home. Since its premiere in 1984 already stands at the 50th DTM race weekend in the Eifel. During this time, BMW drivers have been eleven times at the DTM race at the Nürburgring as the winner on the podium.

There are also 19 BMW overall victories at the legendary 24-hour race. In honor of this history and celebrate the 100th anniversary of the BMW Group The BMW M Performance Parts M4 DTM Martin Tomczyk will be at the start in the special anniversary design. BMW shows off both races this weekend at all three DTM ratings.

ck-model cars awaits you with the latest models in the Ring Boulevard.