The team from Aachen has revised the planning for the 3rd quarter 2021 in addition to the current deliveries: New modelcars in 1:43 and 1:18 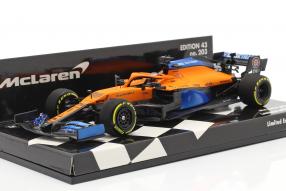 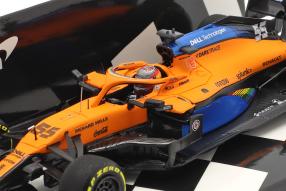 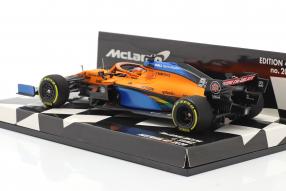 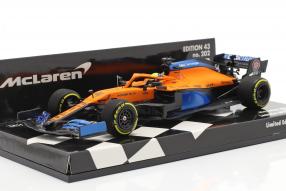 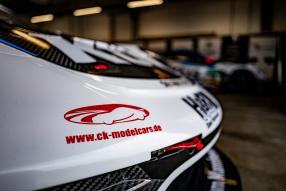 Last week, Minichamps delivered three modelcars in the classic orange of the racing team McLaren. There it is about miniatures to the McLaren MCL35, wich was piloted by Carlos Sainz jr. at the Austrian Grand Prix at the Red Bull Ring in Spielberg to the fifth position. The models to the Formula 1 2020 are from now on available in scale 1:43 under item number 537204455. The two other miniatures currently appear as part of the Launch Spec-range. What was this again? Let's hear Minichamps to this: "Unfortunately, the new Formula 1 season 2020 could not start as planned on March 15th, 2020, in Australia. Quite before the start, all activities at the race track had to be discontinued." So the start of the 2020 modelcar season in the corona crisis: This also had an impact on the planning and production of the miniatures.

But the Aacheners came up with something: "The company Paul’s Model Art / Minichamps will again produce an extensive starter field in a scale of 1:43 in a so-called Launch Spec version for 2020. The Launch Spec version is the design of the vehicles as they would have been at the start in Melbourne at the Australian GP!” A clear message that is based on the right approach: The vehicles have already received their final design for Australia and thus correspond to the status of the start of the season: Once again Carlos Sainz and the starting number 55, as a launch spec model of the McLaren MCL35 with item number 537204355 limited to 306 pieces. The version for Lando Norris, starting number 4, also in scale 1:43, is produced in an edition of 388 pieces like the other two models from resin (537204304).

But now we set the focus on the novelty-announcements to modelcars, which probably will be delivered in the 3rd quarter 2021.