The presentation of the modelcars of the Porsche 919 from Le Mans 2019 by Ixo were part of the shooting, which also staged the 911 GT3 R, supported by ck-modelcars.de 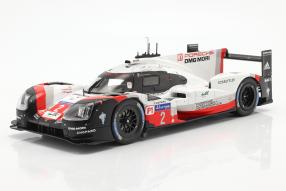 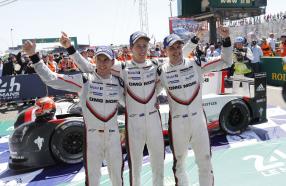 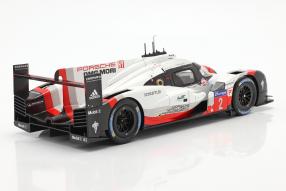 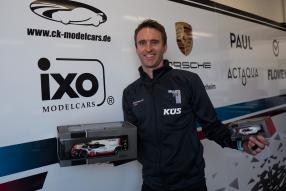 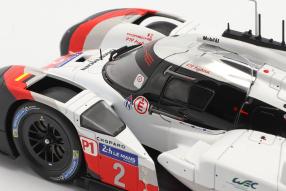 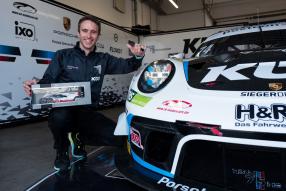 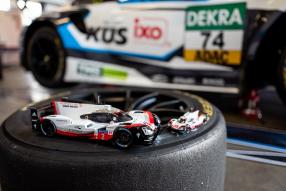 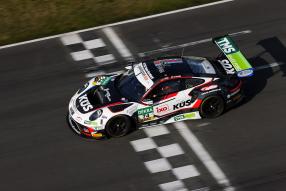 Friends of the house of ck-modelcars.de will remember that the company was founded 17 years ago and is at the top of the online trade these days in the segment of modelcars: With this opportunity, we would like to thank all of our customers for this! In view of this, it is perhaps understandable how proud the ck-modelcars.de team is to be the partner of a two-time winner of the 24 Hours of Le Mans and two-time world champion of the World Endurance Championship WEC: Timo Bernhard. We met the overall winner of Le Mans 2010 and 2017 and FIA endurance world champion from 2015 and 2017 on the occasion of the test drives for the upcoming ADAC GT Masters season on April 20th and 21st, 2021, in which he is participating with his KÜS Team Bernhard. In connection with this, ck-modelcars.de has a shoot with new models from the 2017 Le Mans winner.

And these modelcars come from the production of Ixo; known among the fans for high quality built miniatures from diecast and recently also partner of the team from Timo Bernhard. The champion clearly enjoyed presenting the new small editions of the 2017 Porsche 919 hybrid. In the presence of his team, of course, as well as the two Porsche 911 GT3 R with the starting numbers 74 and 75, those with which the 21-year-old Jannes Fittje and the 23-year-old Luxembourgish Dylan Pereira as well as last year's winner Christian Engelhart (34) and the 22-year-old Porsche works driver Thomas Preining are used in the cockpit. Fittje and Pereira drive the nine-eleven with the No. 74 and the larger logos from ck-modelcars.de. Which makes us proud, as mentioned at the beginning. But the ADAC GT Masters 2021 is yet to come.

Therefore a review of the two models of the Porsche 919 hybrid 2017 in the scales 1:43 and 1:18. Their role model has been extensively revised for the 2017 World Cup: 60 to 70 percent of the Le Mans prototype are newly developed components. They primarily concern the areas of aerodynamics, chassis and combustion engine. The drive plant of the hybrid racing car from Stuttgart has been retained: the vehicle develops around 662 kW / 900 hp system output, which it gains from a compact 2.0-liter V4 turbo gasoline engine that contributes just under 368 kW / 500 hp. The 919 hybrid 2017 achieves its total output in a combination of two different recovery systems - braking energy from the front axle and exhaust gas energy. While the combustion engine drives the rear axle, an electric motor with over 294 kW / 400 hp acts on the front axle when boosting.

A liquid-cooled lithium-ion battery serves as an intermediate storage device for the electrical power generated from braking and exhaust gas energy. The modelcars owe this to the collectors, of course, but they still know how to convince with their correct reproduction of the lines, the openings for ventilation, the air ducts and the cockpit: The appearance of the excellently crafted miniatures knows how to inspire. They are available in format 1:43 and with starting number 2, i.e. the world champion car from Timo Bernhard, Brendon Hartley and Earl Bamber under item number IXOSP919-4316 and in 1:18 under IXOSP919-1816. The second Porsche of the Porsche LMP team, the one with the starting number 1 by Neel Jani, Nick Tandy and André Lotterer, complements the Ixo program under the name IXOSP919-4315 in 1:43 and IXOSP919-1815 in 1:18.

Thus ideal companions for the races of the ADAC GT Masters next to the TV, which are broadcasted live by Nitro (German TV channel). The season starts with the race weekend of May 14th to 16th, 2021; without spectators due to the pandemic.

Here: Click to the article about the anniversary of ck-modelcars.de