The range of the bestseller from Stuttgart can be presented with numerous modelcars in the collectors&#039; showcases: Here the latest novelties in 1:18 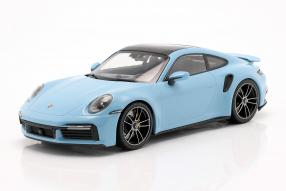 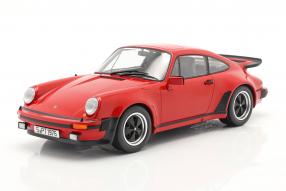 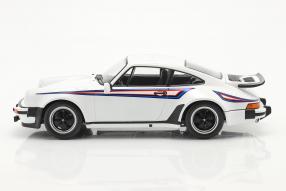 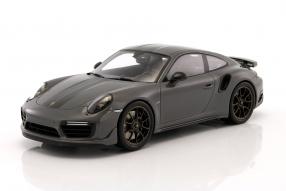 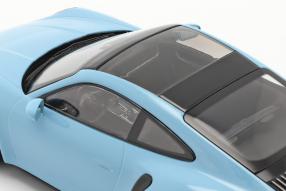 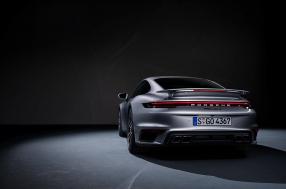 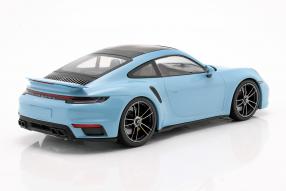 It almost seems like the Porsche 911 Turbo-weeks have started at ck-modelcars.de: With numerous novelties, the probably most popular and most desirable version of the nine-eleven appears across the generations. Exclusively at modelissimo and ck-modelcars.de are two exclusive versions of the very latest Turbos available for example: In the classic color guards red, marked with the item number 153069075 as well as in gulf blue (153069076), the collector can purchase the Porsche 911 Turbo of the model series 992 from model year 2020 in format 1:18; each limited to just 306 pieces and produced by Minichamps. At the same time, KK-Scale delivers the original Turbo with the Porsche 911 Turbo 3.0 of the generation 930, with which the incomparable triumph of this legendary sports car began in 1976. A look at modelcars and role models.

Let us first stay with the Porsche 930: KK-Scale presented two new versions to this top model in scale 1:18, namely also in guards red under item number KKDC180571 and on the other hand in white with a blue-red decor, matching the sponsor Martini (KKDC180572). Both models are produced from diecast and do not offer - analogous to the models from Minichamps presented at the beginnnig - openable doors and hoods. In itself a wasted opportunity with this size, but justifiable with these vehicles, because hardly anything of the engines in the rear-wheel drive Porsches can be seen anyway and the interior is also easily accessible from outside. On the other hand, the lines and appearance of the two 1976 variants are also right; In this discipline, however, the Minichamps 992 is considered the master of all classes.

A click on the link embedded below brings further representatives of other vintages into focus: For example the Porsche 911 Turbo 3.3 of the series 964 from 1991, in amazon green from GT-Spiritmodels (GT315), limited to 999 pieces, but made of resin. In sun yellow and again guards red, Minichamps (155069100) and Solido (S1803402) with two 964 Turbo models contribute to this year; The latter miniatures, by the way, have openable doors and at less than half the price of the competition. The Porsche 911 Turbo S from the Exclusive Series, which is based on the series 991 (WAP0219020H), is available at a reduced price. Its successor, the 992 Turbo S 2020, is also available in factory packaging and deep black metallic (WAP02117B0L002). Do you now understand why the impression arises that the 911 Turbo-weeks have broken out here?