22.01.2021Driving dream and the story of Ferdinand Porsche

With a huge number of new modelcars, the Ferdinand Porsche adventure worlds keep the memory of the constructor alive: From Lohner to Austro Daimler 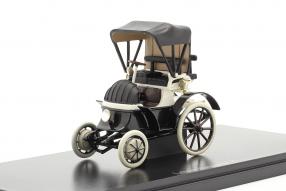 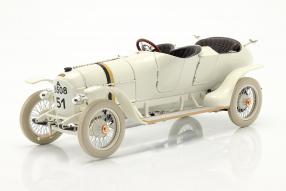 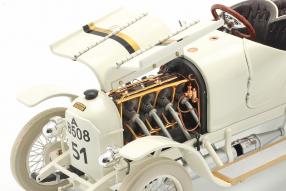 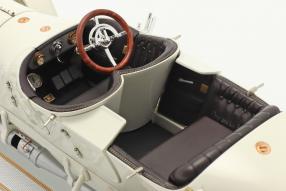 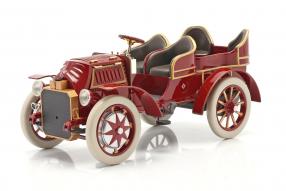 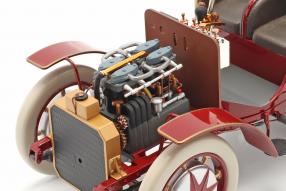 The Fahrtraum (Driving dream) GmbH on the Passauerstraße 30 in the Austrian Mattsee and under the managing director Jakob Ilghauser cherishes the memory of the great constructor and designer Ferdinand Porsche. Born in 1875, Porsche already laid power lines in the parents' house. With just 24 years, he constructed the very first hybrid and all-wheel-drive vehicle in the world for the Lohner works in Vienna, the Lohner-Porsche. Not only the Ferdinand Porsche adventure worlds of the Fahrtraum (Driving dream) GmbH tells from the early days of the founder of the manufacturer Porsche, as we all know it today; but also modelcars, whose production was started from there. The past of Porsche as well as the early days of mobility can be read on these: Made of high-quality resin plastic as well as from diecast and executed in the scales 1:43 and 1:18.

Miniatures of vehicles from the early days of the automobile seldom turn up in this, you favorite blog. With the models from Fahrtraum - own spelling Fahr(T)raum - the editorial team starts a real journey through time. Under item number CK65823 / 3168, the label set the very firts electric-vehicle a monument in scale 1:43, the Lohner Porsche No. 27 in open construction: In 1900 the company Jacob Lohner & Co presented the electric vehicle "System Lohner-Porsche" at the world exhibition in Paris. The automobile, which was designed by Ferdinand Porsche, was the sensation at the Paris World Exhibition. Porsche gave this vehicle the name "Semper Vivius", which translates as "always alive". It was registered with the patent office as a drive steering wheel with an electric motor and was built 78 times between 1900 and 1905.

Under item number 65822/3168, the models that come in a showcase are also available with a closed folding roof. The miniatures of the Lohner Porsche Mixte Hybrid from 1901, whose gasoline engine was intended solely to drive the generator, are shown openly. The replica of its drive technology under the removable hood is a real highlight in these models with the item number CK65833 / 3107 with their lines, gears and cables, because it not only looks good, but also impressively demonstrates Porsche's early inventive spirit. With the installation of drive motors in the front wheels, Porsche has created a stable front-wheel drive and an additional four-wheel braking system, because the vehicle could also be braked by using this technology. Is it more progressive? We think: No!

In 1905 Ferndinand Porsche moved to the recently modernized Austro-Daimler factory in Wiener Neustadt, near Vienna, where the first sports cars were ever built under his leadership. The Austro-Daimler, which wears the number 51 and brings out the driving dream on a scale of 1:18 from diecast, turns out to be the superior winner of the 1910-mile-long Prinz Heinrich-Fahrt. Equipped with opening doors and steerable front wheels, these modelcars are already remarkable, but when the collector folds up the bonnet, he can no longer be amazed because the downsizing of the engine with its lines and additional units has been so successful. This work of art is available under item number CK65839 / 3003. These models are also available as part of the Ernst Piëch Collection including DVD and display case.

Powered by a 1.1 liter engine it should go on with the Austro Daimler Sascha ADS-R, which was partially developed in 1922 on the basis of the prototype for a series car, but was a pure racing car: New in the portfolio with included showcase under item number CK65838 / 3009. Until 1922, Porsche's vehicles had won 51 races in 52 starts. With the Austro Daimler ADR 6 Sport Torpedo 1929, Porsche designed the private car of the racing driver Hans Stuck. The 88 kW / 120 hp six-cylinder was put on the road as a two-seater with an emergency seat and was only built twice. The modelcars with the item number CK65827 / 3210 are made from diecast. After stopovers - including at Daimler-Benz and Steyr - Ferdinand Porsche founded his development company in Stuttgart in 1931, the Dr. Ing. H. c. F. Porsche GmbH.