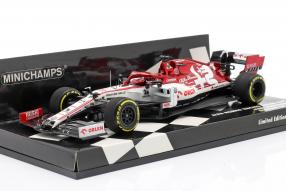 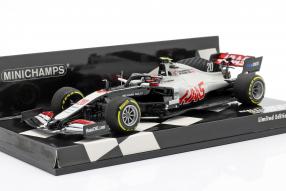 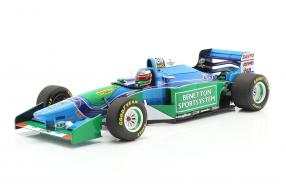 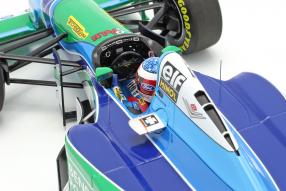 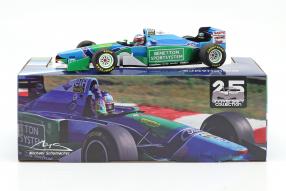 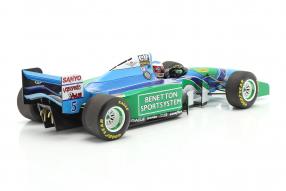 Minichamps already delivered modelcars for two teams during the still running 71st season of the Formula 1 world championship: Under item number 417200120, the Haas F1 team came into focus of the manufacturer from Aachen, which replicated the Haas VF-20 with the racing car of Kevin Magnussen with the starting number 20. The miniatures in scale 1:43 in the design of the Austrian GP are produced from the high quality polyurethan cast resin as well as in an edition of 750 units. The Ferrari-powered Magnussen finished the first race of the 2020 season without points. This result can also be read from the account of Kimi Raeikkoenen: The Alfa Romeo Racing Orlen C39, reduced to the same size as the Haas, leave the Minichamps production facility under the number 417200207 and in a number of 1,104 models.

These replicate the racing car in the look of the Styrian GP. Minichamps trace the chassis, chassis parts, front and rear spoiler and also the Ferrari powered C39 with starting number 7 from all perspectives in a perfect way. As usual, the collectors can comprehend the carbon-structure from both role modes. By the way, the models come from the announcement, which the blog of ck-modelcars.de has presented via this link. But Minichamps would not be Minichamps, if the team from Aachen did not also deliver brand new models to an absolute legend. Beware of spoilers: One of the miniatures described below is yet to come! But it is undisputed that Michael Schumacher is unforgettable as a seven-time Formula 1 world champion and, as I said, a legend.

Even if his admirer Lewis Hamilton is preparing to overtake his idol in all statistics in 2020, the fame of Schumacher and his achievements for motorsport, especially in Germany, will never fade! This is also taken into account by the two modelcars that Minichamps has launched or is launching for his former racing car: the Benetton Ford B194 in scale 1:18 form the Formula 1 sponsored by a cigarette brand in the colors of the Hungarian GP and the French Grand Prix, which Schumacher could decide for himself. They are built from diecast in a strictly limited edition under item number 113941005 or 113940705. Lines, decorations and appearance correspond perfectly to the racing car with its 3.5 liter displacement, which is driven by a Cosworth EC engine.

This competed under the name Ford Zetec-R in the 1994 World Championship exclusively at Benetton. This season will not be forgotten by the fans. Not only because the tragic deaths of Roland Ratzenberger and Ayrton Senna were to be lamented that year, but because the fight for the World Champion's Cup between Michael Schumacher and Damon Hill up to the last round of the final in Australia was dramatic: after a slip from the man from Kerpen in the 36th lap, Hill tried to get past the inside, but Schumacher stayed on the ideal line as the leader. The cars touched, Michael flew over Hill's front wheel and landed in the tire wall. Hill pitted, but since his left front suspension was broken, he gave up the race and Schumacher was world champion. One more reason to give both miniatures a place of honor in the showcases!