The label from Aachen has grown up with zinc die-cast miniatures. With the BMW M4 DTM Minichamps takes off again. 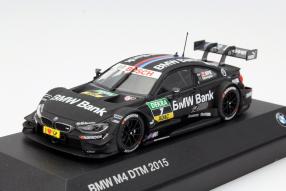 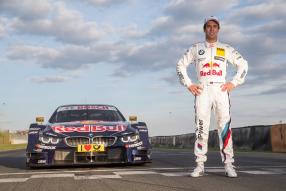 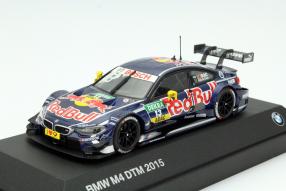 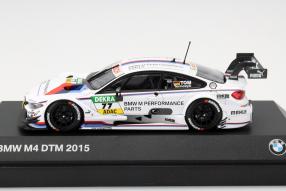 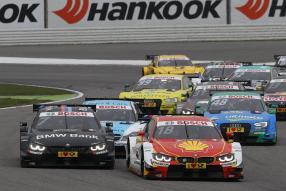 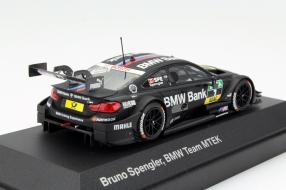 While the teams and pit crews lay their weary heads to rest, from the ended DTM, starts the season of model carmaker. Minichamps now presented to the German Touring Car Masters in 2015 previous to the start BMW M4 DTM the first miniatures, which are available in die-cast zinc and 1:43 scale models and their secured the constructors' championship with 602 points. How otherwise usual, the team reduced by Paul G. Lang and Romy the cars in perfect manner in the world's most successful collector's scale, the last but not least Minichamps has helped to new heights since 1998th The foundation of Paul's Model Art GmbH by Paul Günter Lang took place on May 01, 1990; China was chosen as the production site: "The program includes mainly models in the DTM." The first Minichamps 1:43 scale model was the Audi V8 of Hans-Joachim Stuck.

Stuck won the German Touring Car Masters Championship in 1990 with an impressive, not a four-door luxury sedan expected performance on the racetrack. The DTM is therefore the nucleus of Minichamps; so is the new BMW M4 DTM Match for Aachen. The 2015 season was the 29th of the successful touring car series and the 16th since its founding in 2000. The season began on May 02 at Hockenheim and went on 18 October at the same location at the end: 18 races have been won by 13 different drivers and only the 3 that were in the drivers' championship table forward, won more than one race. The BMW M4 DTM occurs since 2014 in this championship; is the successor to the BMW M3 there. The by a 368 kW / 500 hp V8 powered prototype gets its power from 4.0 liters of displacement.

As with the motorsport models by Minichamps usual, as well as the doors and hoods of the latest car model will be closed on this issue. But the miniature scores with an up to the last groove perfectly executed exterior. We believe that more perfect than in the models of Spark itself represents the front of the car, the features as in Formula 1 with a monocoque made of carbon fiber composite material. The brand-typical kidney, the fine splitter for deriving the air stream and the headlamps are replicated exactly and knowledgeable. The grid of the air intakes are not pierced, but see quality from. A real blast, the wheels and rims; the tires wear modeled justice to the name lettering from Hankook. A witness high model architecture: The air duct above the sill.

Real traversed the exterior mirrors, the BMW has a racing car to come up and accurately converts the Minichamps in the scale 1:43. The model cars for BMW M4 DTM are all taken unsurpassable exactly in her look; they meet in their appearance their models exactly. So true and the design of powerful diffuser at the rear with that agreed at the race cars. Minichamps initially offers the BMW M4 the following driver: set up by the BMW Team M4 Mtek of Bruno Spengler is to have under item no 80,422,405,595th The DTM Champion in 2012 reached only 5th place in the drivers' standings with 123 points and 2015 without a win. The Team Schnitzer BMW car used by the team of António Félix da Costa is available under the article number 80422405596 and costs like the others 69,95 Euro.

Not a good season for Martin Tomczyk

Although António Félix da Costa won the second race at the Circuit Park Zandvoort, but was able to record only 79 meters in the final: he finished eleventh of the DTM season in 2015. Martin Tomczyk contest the DTM since 2001 and won there in 2011 with the Team Phoenix, the drivers' standings. At the end of the 2015 season, however, he had the 19th place in the final to make do; only 27 points he has achieved it. For comparison: Pascal Wehrlein - champion in the DTM 2015 - it has brought on 169 points. The car of Martin Tomczyk is guided in the price lists of Minichamps under item no 80,422,405,594th But no matter how good or bad the driver of the DTM have cut 2015: Minichamps presents horny models a great starter field. And when drivers have rested over Christmas says: "New year, new luck."