In time for the 16th Formula 1 race of the year brings Looksmart the Ferrari of Sebastian Vettel and Kimi Raikkonen. Here: Facts and preview the weekend 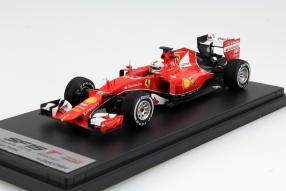 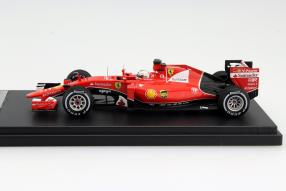 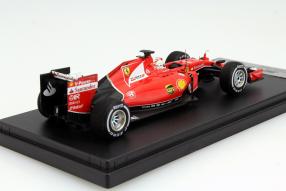 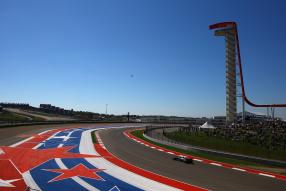 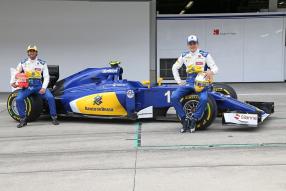 So,lets get going, guys: At the weekend starts the Formula 1 in Austin, Texas and want to offer us motorsport at its finest at the 5.513 kilometers long circuit. Fits to bring Looksmart the Ferrari of Sebastian Vettel and Kimi Raikkonen in the trade - the first time in 1:43 scale! The two models produced sophisticated convince spoiler to the rear diffuser with a lot of details, elaborately modeled Splitter offer as well as filigree suspension parts and antennas. The fact that the models Decals resine plastic are of high quality, which is almost needless to say. We particularly like how well the curves are made on Page box. The model car offered for each 99.95 euro is the status of the racer to Grand Prix after Malaysia, the second race, which was run on 29 March 2015th

USA Grand Prix at the Circuit of the Americas

Sebastian Vettel won the Grand Prix at that time. Can he in Austin also on's podium? To put it the fans of the Heppe heimer right to say: Theoretically yes, but favorite is of course Lewis Hamilton, who has already cleared the first hurdle after the preliminary win the Constructors' World Championship of his team. In Austin Formula 1 so far was 3 times as a guest; 2 of the race Hamilton won. He hands it in Texas, when he as a team-mate Rosberg and 9 counters over Sebastian Vettel pocketed 2 points more to again become world champion. Nico was not blessed in recent times by luck on the racetrack; Hamilton will make every effort to make the 3rd title ahead clear. Driving is again on the track named Circuit of the Americas, which was completed in 2012 and has elevation changes of 40 meters.

The racetrack in detail

Designed by German architect Hermann Tilke track permits average speed of 200 kilometers per hour and top speeds of around 320 kilometers per hour. The track with 20 turns - 11 left and 9 right - is driven counterclockwise. The railway is also because of the large differences in the pace of a challenge for the drivers: Fast and slow passages in exchange and the investment of the circuit as a rollercoaster - many hills, on's and down's and poor visibility to the next curve - require attention. The Directions on curve 1 is the highest point with 41 meters. The driver must complete 56 laps, so to cover a distance of 308.405 kilometers. The lap record keeping Sebastian Vettel with 1: 39,347 minutes, he went 2012 with the Red Bull RB8. From the poles to the first curve, it is 280 meters.

Esteban Gutiérrez to the racetrack

But how do the racer the track in Texas? Given on October 21, Esteban Gutiérrez, who stands as a test driver for the Scuderia Ferrari contract: "The Circuit of Austin is very interesting, because one has consolidated the best curves from other racetracks A very steep hill leading into the first corner. to a sequence of corners follows, reminiscent of Beckett at Silverstone, but is slightly longer than there. Then, for example, follows the long sequence of turns 16, 17 and 18, which in turn is similar to the route of Istanbul in Turkey. My favorite part in Austin is the first sector, because it has some very slow corners. But this makes the coordination and finding the best set-ups for the car more complicated. " Nevertheless, the tire wear in Austin is considered low; used tire specification Soft / Medium.

But no matter whether you still soft or already medium or even on winter tires on the road are: We wish you a nice weekend. To celebrate is in Austin, incidentally also the Sauber F1 Team something: At this year's Grand Prix of the United States in the Sauber celebrates F1 Team an outstanding anniversary: ??400 Grand Prix, 808 points and 23 years belonging to Formula 1. Since also say we: Congratulations!

Update: Ferrari driver Sebastian Vettel will be the Grand Prix of the United States back 10 places on the grid to the back because his SF15-T gets a new engine. This was confirmed by the four-time world champion today in the paddock.