Spark distinguishes itself again as the fastest provider of model cars for the latest models. We reveal what comes to Le Mans and call dates. 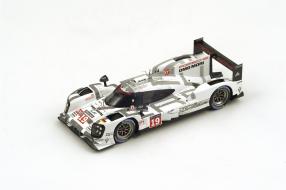 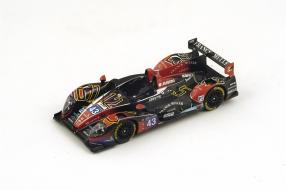 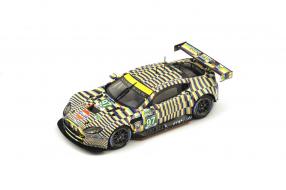 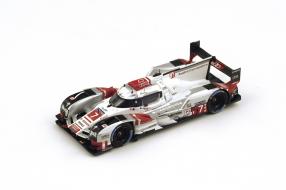 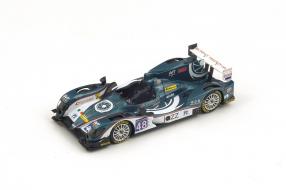 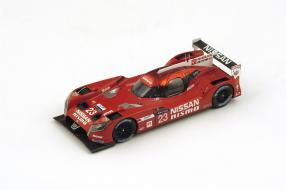 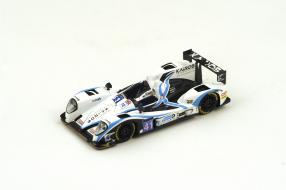 Racing is the passion of Spark Models. With car models after models from the world of motorsport, the team led by Hugo Ripert has grown. Accordingly, the company consistently builds its program from 1:43 and provides the model car to models before, who participated on 13 and June 15, 2015 at the 24 Hours of Le Mans. Yes, dear readers, the model cars the winner brand are: the Porsche with starting number 19 won the 83rd edition of the rich in tradition race after 395 laps. But not just any 919 hybrid and the other stars of the group LMP1 find their way into the starting line-ups or showcases of collectors, but precisely also the sports cars of all smaller classes where brands such as Aston Martin, Ligier, Chevrolet or Oreca can be found. And of course: Audi is also at the start.

Even the images show obvious pattern, that the quality of the model car produced resine plastic will not disappoint the high expectations of the discerning collector. Fans of Le Mans - you just looking forward to a great car models! Get ready in February 2016 the Porsche before, who won the race, although a Le Mans rookie sat with Nico Hulkenberg at the wheel! The model has been announced under the article number 43LM15 and will cost roughly around 59.95 euros.

Hülkenberg's teammates were Earl Bamber from New Zealand and Nick Tandy from Great Britain; they came for the 17th triumph for the brand in Le Mans as a whole. The other two are scheduled for the same month Porsche: Porsche 919 Hybrid # 18 of Neel Jani, Romain Dumas and Marc Lieb (S4639) and the model for the runners-up with the # 17 of Timo Bernhard, Mark Webber and Brendon Hartley.

Designs for the Porsche 911 Le Mans

Porsche, however, were not only in the prototype LMP1 class at the start, but also in the other categories. In March 2016 the collector of the 911 RSR with the # 92 can look forward to the Porsche 997 of Team Manthey. The was controlled by the pilot Patrick Pilet, Frédéric Makowiecki and Wolf Henzler (S4664), but failed.

Successful cut off the second Porsche of the team, who presented himself after 327 laps on the 30th place in the overall classification; After all, in front of a factory team like Aston Martin Racing. The Porsche of Richard Lietz, Michael Christensen and Joerg Bergmeister is to appear as a model in January (S4663). Just like the 911 RSR Racing Abu Dhabi Proton one that sat on the drivers Christian Ried, Klaus Bachler and Khaled Al Qubaisi and thus failed (S4673).

At 50 percent consists of products from Porsche. But what highlights other trademarks appearing at Spark? In February, for example, the Gibson 015-Nissan LMP2 from the group, on whose arm the driver Gary Hirsch, Jon Lancaster and Gaëtan Paletou alternated, but before the latter here Porsche failed. The Gibson Greaves Motorsport from England has the # 41 and the article number S4655.

The S4665 was assigned to the model of the Aston Martin V8 Vantage, which in the group LMGTPRO and the drivers Christoffer Nygaard, Nicki Thiim and Marco Sørensen went to the start with the # 95th 5 more Aston Martin took part in the race at the Sarthe and serve as model. Even so, and Audi: The Audi R18 e-tron quattro of 2015 occurs naturally in all 3 versions. The models of the squad cars of Team Joest appear in January.

Finally, we also want to give the not so famous name attention, who participated Hours of Le Mans on 24 and earn a lot of respect for it, to take on Porsche and Audi. Spark also reduces the Oreca 05-Nissan LMP2 from who comes as a model in January (S4659); used by Thiriet By TDS Racing.

To complete the starting field in 1:43 of models such as the Nissan GT-R LMP1 by Nissan Motorsports (S4642 November) or the Toyota TS040 LMP1 Toyota Racing (S4630, October). So Spark does a great and based on's starting field especially thorough job yet again.

Only the 5 Ferrari 458 Italia GT2 from AF Corse are not included due to licensing reasons. No matter: For builds a Tamiya Enzo Ferrari in 1:12, which we present to you on Monday. Have a nice weekend, stay weighed us, until then