Minichamps drew our attention to the team around Henry Walkenhorst with the delivery of the 1:43 scale miniature of the BMW M6 GT3 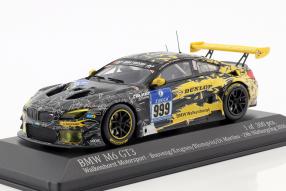 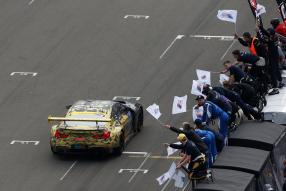 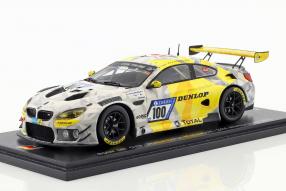 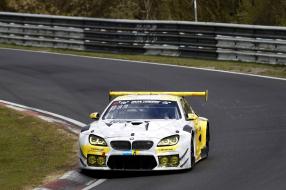 The miniatures of the BMW M6 GT3, with which Walkenhorst Motorsport took part in the legendary 24-hour race from the Nürburgring, with the starting number 999 are really nice. The Aachener brings out a high-grade Resine plastic modelcar from the year 2016 under the item number 437162609. it is limited to only 300 units. The prototype relied on the driving skills of Tom Blomqvist, Christian Krognes, Victor Bouveng and Michele Di Martino. We take the opportunity to see who Walkenhorst Motorsport is, because we have not found so many miniatures from this team on the market yet. It bears the name of the Walkenhorst Group, which has been successful in the market for over 60 years and operates nine car dealerships for BMW, MINI, Alpina, Renault, Dacia and Hyundai.

The car company maintains locations in Melle, Ibbenbüren, Osnabrück, Gütersloh, Diepholz, Vechta and Cloppenburg. So BMW is the company's main brand, so it's no wonder that Walkenhorst Motorsport relies on the BMW M6 GT3. In total we have six miniatures in our assortment: Under the item number 437172636, Minichamps reduced the size of the emergency vehicles in the 24 Hours of Spa-Francorchamps 2017: the number 35 under item number 437172635 and the number 36 under 437172636. The number 35 is under the number SB177 and appeared by Spark by the way; from Resine and in 1:43. Also from Spark comes the Walkenhorst BMW M6 GT3 in the decor of the VLN 2016, which corresponds in the livery of the Minichamps miniature named above.

Walkenhorst Motorsport also participated in the season finale of the VLN Langstreckenmeisterschaft Nürburgring at the end of October 2018, the 43rd DMV Münsterland Cup, called Schinkenrennen: 166 starters competed. Walkenhorst started again in class 3 and even put in three M6 GT3. Christian Krognes set a new lap record in qualifying with a best time of 7: 52.578 minutes. The M6 ??GT3 no. 35 Playstation started in the season finale with Jonathan Hirschi, Jordan Tresson and Hunter Abbott and finished the race in 8th place. Team boss and CEO Henry Walkenhorst piloted the third M6 GT3 with the No. 36 together with Andreas Ziegler and Jody Fannin, which was on 17. Place in the overall class segment to the finish. The cause for the greatest joy in 2018 was certainly the overall victory in the 24 Hours of Spa in Belgium.