Good mood is not seen on the faces of people this summer, but with the M4 F83 in 1:18 scale that can change. 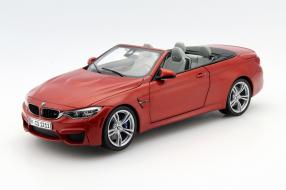 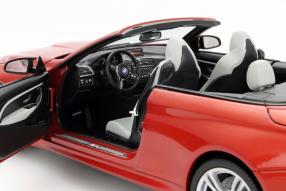 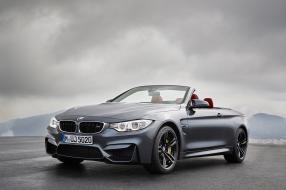 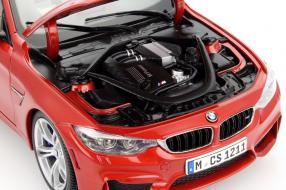 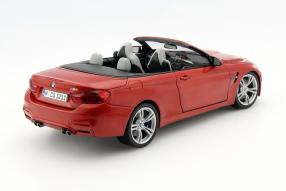 The model car of a beautiful convertibles has parked on the editorial desk, the BMW M4 in Sakhir Orange 1:18. Supplier Paragon Models built on the basis of documents of the Munich car maker a great miniature that provides many details and in the appearance of their design conforms exactly to the model. Doors and hoods can be opened, which is possible as a main material by the use of die-cast zinc. The collector will definitely get offered more, but BMW fans have to be brave: The the M4 convertible folding roof commonly found in the trunk space, but the model Paragon has saved the replica of the open roof. Who does not bother who can look forward to meticulous work in the replica of the internally designated F83 vehicle.

The convertible was released in autumn 2014 and has as the coupe of the same name about 317 kW / 431 hp six-cylinder payable with double turbocharging. It is shifted with a manual six-speed gearbox or a seven-speed dual clutch transmission. Despite its higher by 40 kilo weight of the M4 thus achieved better acceleration: 4.4 instead 4.6 seconds pass before the M4 Cabriolet reaches 100 kph; 14.8 instead of 15.00 to 200 kilometer per Steunde. BMW promises for the new engine a fuel-consumption reduction of 25 percent. The six-cylinder, with its 8.3 and 8.3 liters per 100 kilometers which is significantly more economical than the high-revving V8 of its predecessor. From the new V6 M4 the model presented here can be seen a lot: The four-color, three-dimensional replica of the executed M Power Drive Set is from the perspective of the expert eye candy in model.

Technically it is not better

On an oil pan made of magnesium like the prototype you have as a collector of models naturally do without, yet the assemblies of internally S55B30 said straight-six are well retold. Much praise is also available for the small gap dimensions of the body, the voice contours of the front apron and the tight-fitting doors. As might be expected agree the appearance of the dashboard, the interior trim and seats that were also decorated to correctly engineered imprints. For 114.95 Euros so the collector receives a really good model for which we give a grade 3+ because just missing the roof reconstruction. Hides you from that, would be a 1 certainly appropriate for most of the rest. The model will also be found in sapphire black, but come with the orange M4 rather Sommergefühle on.

Battle of the raw materials, next round

By the way: In terms of the eternal struggle of the main materials - Resin vs. Diecast zinc - it should be noted that GT-Spirit M4 Cabriolet has also on offer. We have presented it alongside other models in accessible through this link items only on 27 July.