CMR as well as Minichamps remind on names in motorsports with two modelcars in scale 1:18 and in future also to the times of F1 free TV 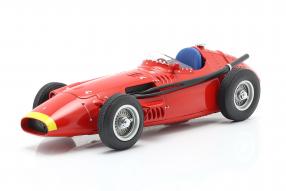 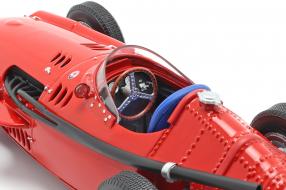 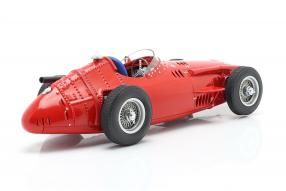 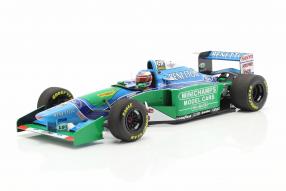 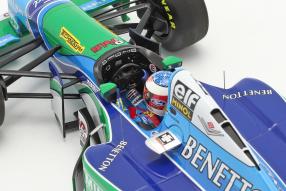 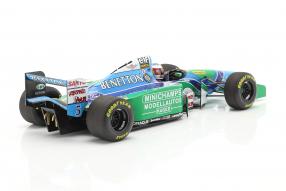 Four more races, including this weekend in Turkey, it is the rest of the 71st season of the Formula 1 World Championship, which was badly shaken by the corona crisis. At the top of the 2020 drivers' standings is Lewis Hamilton with 282 points, ahead of 197 from team-mate Valtteri Bottas and Red Bull driver Max Verstappen (162). Formula 1 will experience its biggest turning point in Germany in 2021 with the departure of the races from free-to-air television and migrates to pay-TV. So fans have to dig into their pockets, but ck-modelcars.de also makes that easier: the winter sale with a current 10 percent discount helps saving money. The latest Formula 1 modelcars benefit from this: The Maserati 250F from CMR and the Benetton B194 in the colors of the German GP from Michael Schumacher 1994; all delivered in scale 1:18.

The newest miniatures to the topic Maserati 250F from CMR appeared this week. The label that is going to celebrate its fifth anniversary on November 15th, 2020, presents the legendary Monoposto in a plain body version, so without starting number, but with the yellow nose. The range of this Formula 1 - racing car from 1957 has now grown to eight variants; a beautiful basis for a separate collection, especially for beginners. The Italians from Maserati won the world championship in the Formula 1 from 1957 with the 250F and Juan Manuel Fangio. The modelcars appear from diecast and perfectly hit the appearance of their role models. It can be guaranteed that the fans who stood at the racetracks back then, more than 60 years later, would have liked to have such beautiful miniatures from Fangio & Co.

The models are characterized by a high of detail and a matching appearance and with their low price, they invite you to put them in the showcase with the right racing transporter. The automobile-world-championship 1957 was the 8th season of the royal class in motorsports. Eight races were held in the time from January 13th, 1957 to September 8th, 1957. Juan Manuel Fangio achieved the title for the fifth time. This time with the support of the Maserati 250F, which formed the basis for the motorsport of the Italians from 1954 to 1958. Originally developed by Vittorio Bellentani and Gioacchino Colombo, the 250F competed with a six-cylinder engine; the body was contributed by the Carrozeria Fantuzzi. A new lattice frame and a changed leading of the exhaust system made the 1957-version a winner car.

As Fangio, Michael Schumacher is a legend in motorsport as seven-times Formula 1 world champion. Even if his admirer Lewis Hamilton is preparing to overtake his idol in all statistics in 2020, the fame of Schumacher and his achievements for motorsport, especially in Germany, will never fade! This is also taken into account by the new modelcars that Minichamps has released 450 times for its vehicle for the German Grand Prix 1994: The scale 1:18 Benetton Ford B194 replicates the Formula 1 sponsored by a cigarette brand, but instead has its logo that of Minichamps is visible over a large area on the side pods. The perfectly crafted models are listed under the number 510942705 and will be reminiscent of the times when RTL (German TV-channel) and Schumacher made Formula 1 great on free TV.

Here: Click to the modelcars of the Benetton B194