The cooperation between Minichamps and ck-modelcars.de releases a modelcar, limited to only 500 pieces, in scale 1:43 and of diecast 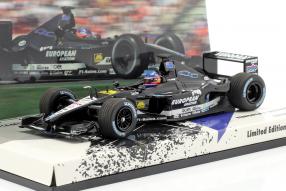 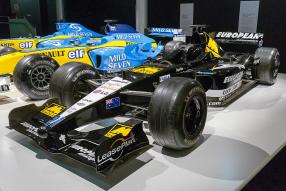 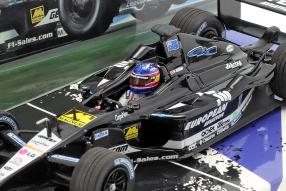 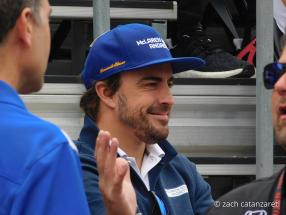 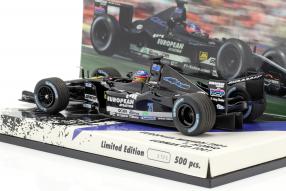 Next weekend it goes around again in the F1: The BelgianGP, the Gran Prix of Belgium in Spa-Francorchamps makes the engines roar. Including this coming weekend, a total of nine races are going to be held; there are 21 in total in 2019 in the number. There it is clear that the sixth world champion title for Lewis Hamilton is not safe yet. The retired from Formula 1 last year is the two-time World Champion Fernando Alonso, Spaniard and thus the first man in his country to win an F1 race and even win the title. To him Minichamps has dedicated a modelcar, which simulates the first racing car of the born on July 29th, 1981 champion in the F1, the Minardi PS01 from the season 2001. It appears in scale 1:43 under the item number 413011221 exclusively at ck-modelcars.de.

Of course, the F1 was also a dream for him, the little El Nano, as a man called Fernando in Asturias is often called and is also called Fernando Alonso. It started with karting, as with many of his later competitors as well. Alonso became Spanish Junior Kart Champion three times; In 1996 he won the Five Continents Cup and in 1998 he became Vice European Champion of Formula A. After winning the championship in the Euro Open by Nissan 1999 - the World Series Formula V8 3.5, a racing series for Monoposto - Alonso moved into Formula 3000 and became test driver for the Formula 1 racing team Minardi, a team from the Italian Faenza, which has been in the royal class of motorsport since 1985 and after a short time in midfield for many years considered the weakest team: 21 years, 345 Grand Prix and only 38 championship points.

There Alonso got to know Briatore, who became his manager. The freshly baked Minardi-team owner Paul Stoddard promoted Alonso also because of his brought along dowry of 250.000 Dollar from test to originating driver in 2001. According to reports from Stoddard, Fernando still had to help to assemble the PS01. Nevertheless, he managed to qualify the completely immature car in the first race of the season in Australia with 19th place and henceforth to beat his teammates in qualifying. Alonso's best finish of 2001 was a 10th place at the German Grand Prix, which the cooperation between ck-modelcars.de and Minichamps honors in the form of the modelcar presented here. That Alonso was the last of the race, however, was due to the high failure rate of his competitors.

Bumpy start did not hurt Alonso

The Austrian designer Gustav Brunner has built the Minardi PS01 around the European V10 called engine out of the production of Ford. European Aviation Air Charter belonged to Paul Stoddard, who wanted to promote his carrier with the use in Formula 1. In the end, the team reached zero points in Alonso's debut season. However, the bumpy start did not hurt El Nano's drive to move forward: Alonso became Formula 1 World Champion in 2005 and 2006 with Renault and won the Endurance World Championship with Toyota in 2019. The name Minardi disappeared after the season 2005 from the Formula 1, but the team sold to Dietrich Mateschitz lives on thanks to the money of his energy drink Red Bull as Scuderia Toro Rosso until today. And the Minardi PS01 from Minichamps? Belongs in each collection to the topic Fernando Alonso!

Here: Click to the modelcars of the Minardi PS01