Miniatures in accordance with the prototype of cars that a Youtuber drives: The Aachener with two McLaren in the scale 1:43 at the height of time 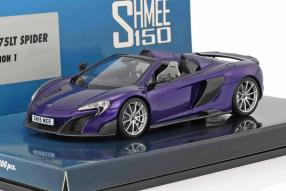 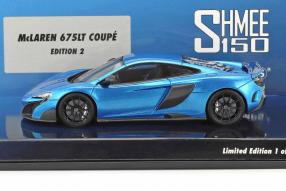 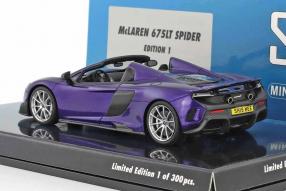 Admittedly, it's still hard to digest. There is a guy who is so successful on the Internet with his videos that he can afford to buy super sports cars? Okay, his profession is a investment banker, but is that enough to manufacture and sell his cars in miniature format? Apparently yes, as Minichamps offers two model cars of the McLaren 675LT from the Youtuber Shmee150, delivered in special packaging. The prototypes are allocated to its vehicle fleet. Tim Burton is the good man, is born 1987 and reaches with its 18 October 2017 3,201 videos exactly 1,059,966 subscribers. Compliment, a Youtuber must first create, but with his enthusiasm for high-class sports cars and high speeds, he meets so many people around the world.

2.6 million are to be accurate, on Facebook; so many "likes" prove his great success. According to research, he began with an electric shop, was a ski instructor in New Zealand and worked in a technology team of an investment bank; the job he gave up in 2013 for his Youtuber career. In 2010, a video of the Ferrari 458 Italia and Lamborghini LP670-4 Superveloce. The vehicle fleet of the car spotter from England includes an Aston Martin Vanquish Volante, a classic Rover Mini Cooper Sport as well as a Ferrari FF, a Ford Focus RS and a McLaren 675LT Spider. To this, Minichamps, in an edition of 300 copies, reproduces a prototype model made of Resine plastic, which is painted in Orionlila, which precisely replicates the details of the prototype and is available under item number 557154435.

The model car of the coupé has also miniaturized Minichamps: The McLaren 675LT, however, no longer part of the active vehicle fleet of the Spotters - according to the information of the Youtube.Wikia.com - was also placed in 300 pieces under 537154423 and a color in the color Ceruleanblau. McLaren sports cars make up the bulk of their former fleet, so Minichamps from Tim Burton's passion can draw some models for new model cars. Car makers such as BMW, McLaren and Bentley, as well as Esso, Shell, Sony, Oakley, ebay and Sparco are working closely with Burton to take advantage of its reach. But we have only one question: When do Minichamps models come to the market, according to models from our companys' vehicle fleet, dear Mr. Lang? ;-)