Beautiful miniature models in the scale 1:43 can enrich the showcases of collectors of miniatures from Japanese prototypes. 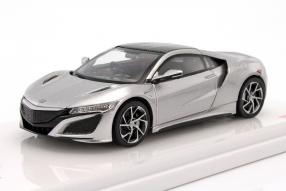 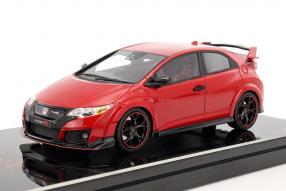 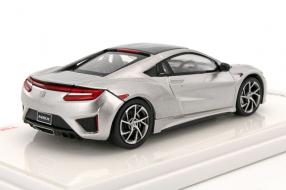 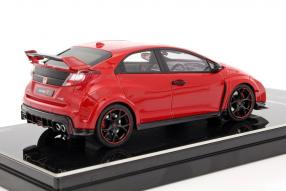 Fans of Japanese sports cars tongues hang out of thier mouth when they hear the names Honda NSX and Honda Civic Type R. Both types have stood for years of sporting performance and visually individual appearances. The small series lable True Scale Miniatures has now brought modellautos in various colors and designs to the same sports car on the market, which we want to introduce you at this point. Let's start with the Honda NSX of the 2017 model year, which is under the Acura brand at dealers. TSM is dedicated to it with variants as well as the other brand name and presents the models in source silver metallic as well as berlina black. The Honda Civic Type R appears in championship white and milano red; All model lautos correspond exactly to the look of the role models in appearance and appearance.

Let us dedicate ourselves first to the nominally smaller sports car, the Civic Type R 2014. It is based on the tenth edition of the well-known small car presented a year earlier. In 1972 the Civic celebrated its debut and was one of the first vehicles with which Honda wanted to convince the world market of the quality of Japanese cars. Meanwhile, 18.5 million Civic have been sold, which are produced in eleven factories. Up to the seventh generation, the Civic maintained its brave, harmless appearance, but after falling sales numbers, the Japanese turned to a new edition of 2005 and struck a more aggressive tone in the design. The Type R has been enriching the range since model year 2007; We dedicate ourselves to the current edition with the internal designation FK2, which stands out more clearly from the basis than its predecessors.

The current Civic Type R is powered by a 2.0-liter four-cylinder turbo that delivers 228 kW / 310 hp to the front wheels. Switch is made by manual six-speed gearbox; A novelty in the class in which competitors DSG and all-wheel drive are often standard. In 5.7 seconds the drive accelerates the sports car to 100 kilometers per hour; With 270 kilometers per hour, the top speed is estimated. The most recognizable feature is the monstrous tail wing. This devoted the TSM the same attention in the conversion to the scale 1:43, like the Brembo brake system and the imitations of the light alloy wheels. Very nicely imitated also the Markenlogo in the grill.

Just like the Civic has only one drive, the supersport car Honda NSX, whose first generation celebrated world championships in 1990, and whose model was taken from 1997 until 2002 was offered. The actual second generation is manufactured in Marysville, Ohio, in July 2016, sold in North America and China as Acura NSX. Equipped with a V6-Biturbo, which is supported by three electric motors, the driver has a system power of 427 kW / 581 hp. The maximum torque of 646 Newtonmeter (Nm) acts on an all-wheel drive. With its Neungang twin-clutch transmission, the NSX is closer to the state of the art than its small brother Civic Type R. From zero to 100, the NSX requires 2.9 seconds; 308 kilometers per hour are indicated as maximum speed.

Here: Click on this link to the overview of the new Honda models from TSM