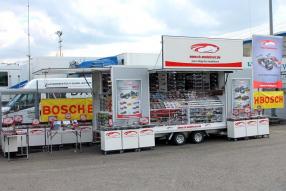 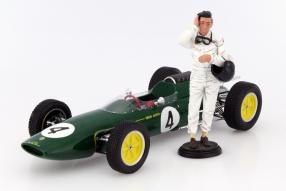 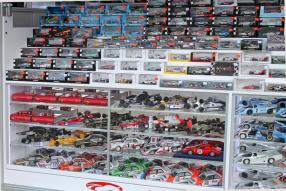 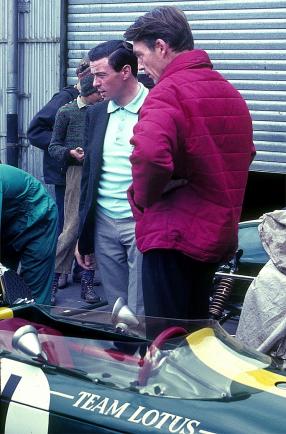 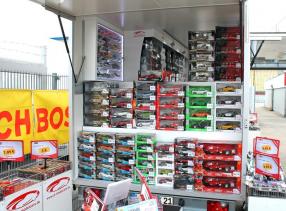 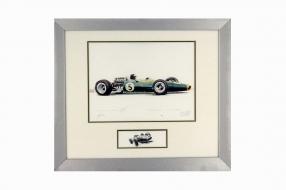 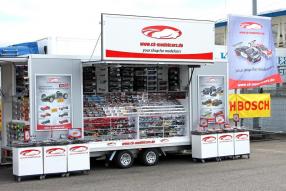 The Jim Clark Revival is an exceptional vintage motorsport event with spectacular historic touring cars, prototypes and formula racing at the Hockenheimring in Baden-Württemberg. To be a contact to clarify your questions around the topic Model cars, on site, was our incentive: Now we can also celebrate with you the launch of our sales trailer on Friday. You can find us right on the paddock at the pit. Why it pays to check back with us and what you can expect at Hockenheim, is summarized here. our shop offers, for friends of Jim Clark, a painting from the Uli Ehret collection, a driver figure in 1:18 and a model of the world champion cars in 1963 by Altaya 1:43.

The "Bosch Hockenheim Historic - The Jim Clark Revival" has to offer to car enthusiasts an incredible assortiment of fantastic vehicles. The focus this year is the 50th anniversary of the CanAm cars, so the race car for the Canadian-American Challenge Cup.  Which covers a series of sports car racing, between1966 to 1974, that has been carried out per year 4 times in the US and 2 in Canada.  For the series the Group 7 rules of the FIA regulations of the FIA, which had very little restrictions on innovations. These rules permit virtually unlimited possibilities with displacement, power, turbochargers and the downforce of the car to experiment what / 1000 PS gave rise to veritable monster with more than 750 kW.

Wing similar profiles, massive spoiler, an active Anpressdruckerzeugung, very low weight and high-performance turbochargers made in conjunction with new materials hitherto unprecedented speeds. There were vehicles from McLaren, Chaparral, Lola, B.R.M., Shadow and Porsche against each other; as the ultimate racing car from the CanAM applies the Porsche 917/30 Spyder. Escalating costs and the oil crisis led to the End of the series to which the Jim Clark Revival 2016 recalls. Jim Clark won in the years 1963 and 1965 Formula 1 World Championship. Born on 04 March 1936 at the Scottish Kilmany, Fife racer was from 1960 to 1968 a part of team Lotus and died on 07 April 1968 in Hockenheim in a Formula 2 race.

Clark gave the evening before the race an interview on the german sportsstudio (ARD), and certainly was not suspecting that he would come the next day, due to a damaged tire in skidding; the forest line from the Hockenheimring had at this time point no guardrails. As determined later, Clark had no chance to prevent the impact  with the trees. His colleague Juan Manuel Fangio said shortly before his death in 1995 that in his opinion, Jim Clark was by far the greatest driver of all time. Already in his obituary of Clark in April 1968 he expressed himself in this respect: "He was better than me." A similar reaction there was only once in the history of Formula 1, 26 years later, the death of Ayrton Senna.

With 72 GP starts Clark scored 25 victories, 33 pole positions and 28 fastest laps. Since 2005 takes place the annual Jim Clark Revival on the Hockenheimring. As a highlight for all Lotus fans applies the Jim Clark special exhibition at the Congress Pavilion and the announced for Saturday wreath-laying ceremony in honor of Jim Clark. The issue of revival this year also offers CanAm race on Saturday; on Sunday directly after lunch start demonstration runs along with Inter Series vehicles. "We will have more than 30 prototypes on the track, the 9-liter McLaren M6 until around 1000 horsepower Porsche 917/30" said Special Topics Coordinator Tobias Aichele pleased about this year's PS-emergence at the Hockenheimring.

Guests of honor at Hockenheim

Special guests were Herbert Linge, the Le Mans during the filming of Steve McQueen Porsche 908 ran, and Jürgen Neuhaus, the first Inter Series winner in Germany in 1971. The 50th anniversary of the Formula Vee championship in Europe with 55 cars celebrated based on the VW beetle; the Mercedes pavilion are equal to 6 Maserati GT1 racing car developed by Michael Bartels type MC 12. In addition, current DTM cars can be seen and the Dorr Group presents the current Lotus cars with a huge show truck. The Premium Partner Bosch, Allianz and Pirelli have also prepared special features for visitors; Pforzheim University University, Transportation Design, Design award prizes for the most beautiful race cars.

Walking through the paddock

Interested visitors have direct access to the paddock the unique opportunity to see the mechanics in the repair and preparations over the shoulder. Wait on the pit roof, the anniversary exhibition "50 years Motodrom", various dealers and delicious catering. It is so much to experience at the Hockenheimring: If you have not planned anything yet on Saturday and Sunday, we recommend you a trip to Baden-Württemberg to you to view the unique motorsport event. Until Sunday we are for you on the spot: Do not forget to stop by us and you to view our new sales trailers. We look forward to seeing you!