Limited to 504 units, the label from Aachen has brought an amazing image Model car on the market. For this purpose: A new award and a weekend tip. 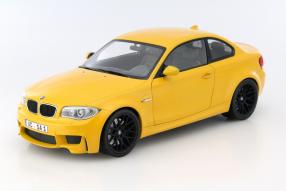 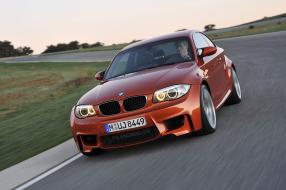 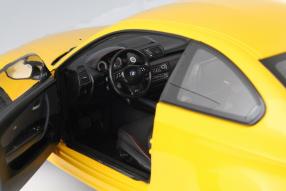 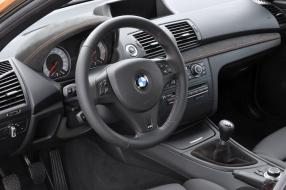 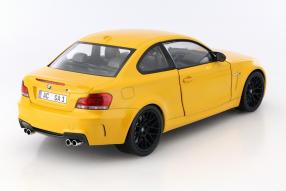 E87 is the internal name of the built 2004-2013 BMW 1 Series that the Aachen Model car Label Minichamps has a really hot Representatives reduced in scale 1:18: The product planners secured the license to manufacture the 1 Series M Coupe, the turn internally ceases E82. While M3 and M4 perform the first letter in front of the trade name, BMW had decided in view of the legendary BMW M1 to call the strongest little M Coupé so as not to give the impression that there could be a successor to the mid-engine sports car. Production started in May 2011 and ended roughly a year later: 6,331 units of the fast 1 Series were produced.

504 pieces of sporty compacts now able to be added; albeit in 1:18 scale, yet of equally impressive quality. The team led by Paul G. and Romy Lang again has done a good job and can transmit the appearance of the model exactly to the model. The car model has been produced from die-cast zinc and provides the collector opening doors; Boot lid and bonnet are closed to our lack of understanding. So the collector does not receive a copy of the BMW M TwinPower Turbo-called straight-six gasoline engine, which brings 250 kW / 340 PS from just 3.0 liter displacement and 1500-4500 / min a maximum torque of 450 Newton meters (Nm) caulked to the crankshaft ,

This can, incidentally, be increased by the Overboost function to 500 Nm with the prototype. The 1495 kg heavy vehicle achieved acceleration of 4.9 seconds from 0 to 100 kilometers per hour and 17.3 seconds from 0 to 200. The speed is electronically limited to 250 kph. The 1 Series M Coupe is distinguished by many other features of the base-1's: A wider sports suspension in lightweight construction with the front 40 and rear 60 millimeters common track and accordingly adapted fenders provide a more dynamic appearance, as the fans expect from a M BMW. Comes with 19 inch alloy wheels, compound brakes and new front and rear aprons along with Bespoilerung.

Eben work out these subtleties is always the strength of the mold engineers from Minichamps. Probably also because the label was chosen just for the 7th time by the magazine Motor Klassik as Best Brand Oldtimer Models. A classic car is the 1 Series M Coupe certainly is not, but the excellent finish of the Minichamps models also offers the model presented here car. It shows through the opening doors, the fittings, the center console as well as the seats in the correct design and extensive features: instrumentation and simulation of the switches and controls are better not to do. Above all, the color contrasting empathising the seams to the standard leather upholstery Minichamps has followed with great attention to detail. Therefore, the model receives a 2+ as marks. And who at the weekend has not before, for which we have at the end of this blog post a special tip. Have fun and good luck!

The Jim Clark Revival is an exceptional vintage motorsport event with spectacular historic touring cars, prototypes and formula racing at the Hockenheimring in Baden-Württemberg. Visit us there from 15 to 17 April 2016! And: We are now on Twitter: https://twitter.com/CkModelcars