The team around Paul and Romy Lang pushes a model car of M1 into the limelight, that arouses the desire for a new edition of the model. 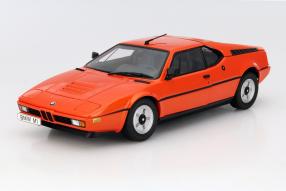 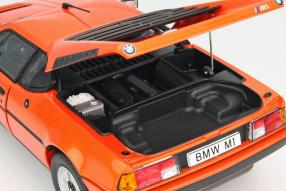 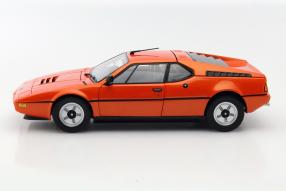 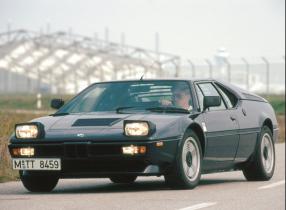 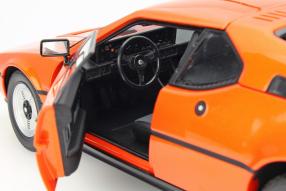 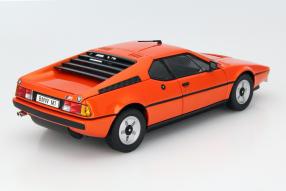 In the past week, We have been excited about the model of the BMW M1 in a racing version. Now out of respect a very deep bow to the people of Aachen, because with the road version of the 1978 to 1981 produced sports car Minichamps come out again a real runner. Running in 1:18 scale the collector can open for the street doors, hoods and folding headlights and so gain an insight into and model architecture model art even when M1. We find the BMW just great and go even further: why BMW does not bring a repeat exactly in this form? With these lines, an exact replica and no reinterpretation with curves and curves à la M1 Hommage 2008, which only distort the appearance of the original?

The most important facts about road version

Yes, we admit, we love this car and this car model; if only because of the lines and the excellent matching hue Orange. Minichamps it has once again hinbekommen fantastic to transfer the appearance of the model on the model car: The look of the Diecast model makes the lines and proportions of the bodies set up by Giorgetto Giugiaro designs perfectly. Originally, the M1 was supposed to be produced at Lamborghini, but it went wrong. Baur in Stuttgart was responsible for the final assembly, but the Italian blood has been preserved in style. The BMW received a series motor with 6 cylinders, which was ventilated with 4 valves per pot and its 204 kW / 277 hp from 3.5 liters capacity scooped.

From the engine with mechanical fuel injection system with single ball Fischer throttle is at Minichamps course hardly anything to see because of the drive set as a mid-engine reveals very little of when the collector opens the tailgate. Under the but is still a trunk to find. The engine of the model with the designation M88 presses maximum torque of 330 Newton meters (Nm) at 5000 / min to the crankshaft and dates back to 1983 featured M 635 CSI, but was upgraded to an electronic injection. The M1 for the road accelerates in 5.6 seconds from 0 to 100 kilometers per hour and reaches a top speed of 262 kilometers per hour. In the 3 years of its construction BMW presented 460 copies of the M1 ago.

Bring the model back!

For the development and production of the automaker founded by the way the BMW Motorsport GmbH, which has been operating successfully in the field of individualization of cars from BMW today. At that time the foundation for building the body of M1, a tubular space frame. The pop-up headlamps were introduced because the rules of the United States for the amount of lamps required this because of the flat front. At the model we like that the slits are pierced in the bonnet as well as that of the aperture on the tailgate. The cockpit of the internally called E26 M1 is provided as usual prototypically but reproduced contemporary spartan. All in all, the M1 in 1:18 a model that fueled the desire to return the original so correctly; good used M1 cost from 800,000 euros.