Greenlight brings gradually Model cars from the movie series The Fast and The Furious out in 1:43 scale. 3 new ones appear for the change in the new year. 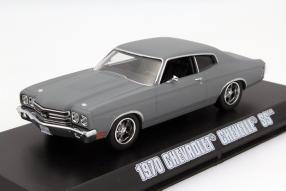 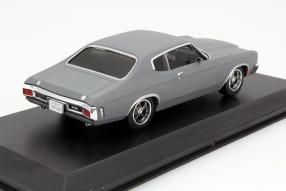 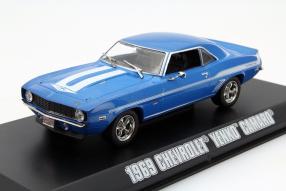 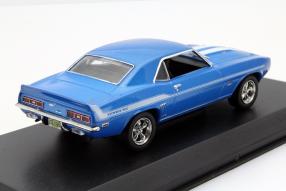 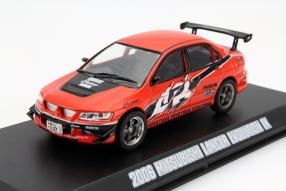 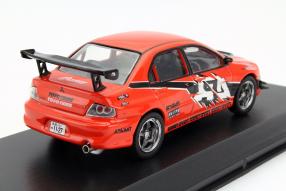 In East Germany, it is currently cold, down to minus 11 degrees. In the West, people freeze less, but it's wet. What goes better with this winter, as a great movie? And a turn to the right model car? We believe: nothing! And you introduce 3 new models for the film series "The Fast and the Furious", which are ideal for drifting on the coffee table when movie look.

The US label Greenlight has long been dedicated to the reduction of vehicles from renowned feature films and television series. With Dom's Chevrolet Chevelle SS, Brian's Chevrolet Yenko Camaro and Sean's Mitsubishi Lancer Evolution IX new model cars will be added in 1:43 scale, which in the films "Fast & Furious - New Model Original Parts.." Were seen in 2006 (Sean) as well as "2 Fast 2 Furious" 2003 (Brian) and experience: 2009 (Dom), "Tokyo Drift Fast and Furious". And this from die-cast zinc and affordable 19,95 euro per copy.

"The Fast and The Furious"

Yes, the audience watching the "Tatort" with Til Schweiger may feel like in the film series "The Fast and The Furious" because the cars in the episode "purgatory" that in the number of driving scenes on Sunday little chance to survive undamaged. But one distinguishes the films of the series "the Fast and the Furious" clearly of productions from Germany:.. the cars are usually spectacular way the models to models with which Greenlight us a little in the years 2009 2006 2003 catapulted back. with the Chevrolet Chevelle provides Greenlight collectors one of the vehicles on the shelf, has been traveling in the 4th part of the film series with the lead actor Vin Diesel as Dominic "Dom" Toretto.

The model simulates the Chevrolet Chevelle SS from the year 1970, which was published at about the halfway point of the era of this series from the middle class. The rather negative connotations in Germany on behalf of SS identifies the vehicle as a coupe; SS stands for Super Sport. The coupe was part of the 2nd generation. In these engines with an output of 103 kW / 140 hp to 276 kW / 375 hp were installed, who possessed a 3.8 to 7.4 liters engine capacity measured: enough power so the car chases, which repeatedly makes fun to look at - see video above. The model is, unfortunately, nothing to see from the drive set for the closed lasting doors and hoods, but still offers the Chevelle with the execution of its details a lot for the eye.

Modelling at its best for a small price


For example, with the replica of the filigree grille, the headlights and the chrome rimmed with meticulously replicated drop center rims. For the price of the fan gets a lot of Model car per euro. But this is also true for the other two miniatures. Paul Walker embodied until his tragic death the cop Brian O'Conner, who gave the Yenko Camaro model year 1969 in "2 Fast 2 Furious" full throttle. Autotuner Don Yenko has its time offset the power deficit as standard Camaros with the installation of more powerful engines. Because of his work is 1969 Chevrolet decided to install the 7.0-liter V8 with 331 kW / 450 hp factory. Air scoops, spoilers and improved landing gear contributed to the Yenko cars today much sought after at.

Hardly a car is braver than a Lancer, the lower middle class of Mitsubishi, in part, the notchback, Hatchbacks or combi variant of the Mitsubishi Colt. But if it is intended by its manufacturer to participate in a rally, then it is a wolf in sheep's clothing. Under the nickname Evolution Mitsubishi marketed the first time since 1992, the four-wheel version of the Lancer and debuted in 1993 with 184 kW / 250 hp in the World Rally Championship.

In early 2006 appeared with the Lancer Evolution IX Mitsubishi for the time being penultimate edition of often victorious sports car whose appearance Greenlight has just like the Yenko Camaro and Chevelle perfectly implemented in the scale of 1:43.

In the film of the Lancer Sean Boswell figure was allocated. The model particularly impressed with the replica of the front section. Movies such models offers the best possibilities for it to survive cold and wet winter evenings at home safely as entertaining. Have lots of fun with it.