Legendary automobiles, racing legends and their titles and victories - all of this makes the motorsport heart beat faster. For decades, Porsche has known how to connect these components. 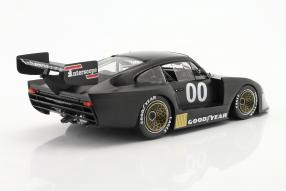 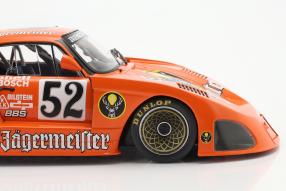 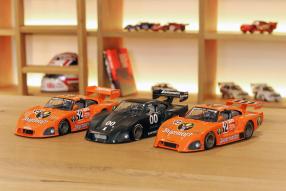 One of the popular examples for this is the Porsche 935 K4, a racing-optimized version of the crowd favorite Moby Dick, which was manufactured only twice by Kremer Racing.

The first of the two Porsche 935 K4 remained with the Kremer brothers in Cologne, Germany and was tailored to the French Porsche works driver Bob Wollek. During his active time he was able to win 73 overall and 24 class victories in GT and sports car races - an absolute record. In the 1970s he also took a seat behind the wheel of various Porsches for the Cologne-based team Kremer Racing.

In the German Racing Championship in 1981, the constellation with the eye-catching orange bullet that Kremer had developed on the basis of the 935 succeeded, among other things, in winning the Grand Prix of touring cars on the Nürburgring and on the podium in Zolder and in the 1,000-kilometer race.

The Porsche in the Jägermeister-design has been tightened up again compared to its predecessor, the K3, in terms of aerodynamics and handling. To make it easier for the mechanics to reach all the important parts, the entire rear end could be removed as a single component. The front bumper and side extensions were maxed out to the maximum width permitted in the DRM regulations in order to give the somewhat heavier Porsche an advantage compared to the competition from Ford.

In addition to the sophisticated chassis and the approximately 720 hp six-cylinder boxer engine, there was a surprise hidden inside the 935 K4. Unlike usual, the driver was on the right-hand side as most circuits were right-hand courses, giving the driver an advantage. In addition, the car was completely adapted to Bob Wollek, so that additional weight could be saved by adjustment mechanisms on the seat or pedals.

The second 935 K4 was sold to Interscope Racing in the USA in 1980. Initially held back as a replacement for the successful 935 K3, it was then used successfully in the GTX class at Sebring in 1981 and at Daytona the following year. Behind the wheel of the black rocket with gold rims sat Daytona winner Danny Ongais and the team boss himself, actor Ted Field.

Due to the rarity of the vehicles, the models from WERK83 are something extraordinary for all Porsche enthusiasts. The models are available in three different versions in diecast without openings in scale 1:18.