Just a few cars have shaped automobile racing as much as the Ford Capri of the 1980s. 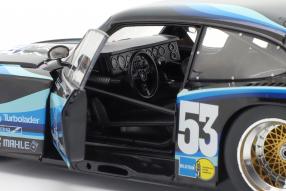 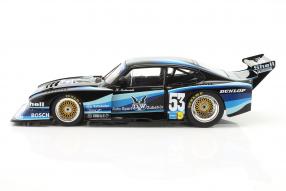 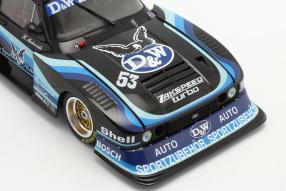 Together with Erich Zakowski from "Zakspeed", Ford-race engineer Thomas Ammerschläger developed the Zakspeed-Turbo-Capri based on a specially designed tubular frame. The engine as well as the aerodynamics of the car have been perfected down to the last detail and optimized for the special challenges of the race track. An impressive rear wing as well as the massive front apron and the inverted aircraft wing profile on the underbody provided sufficient downforce and gave the racing Capri its characteristic appearance.

With the "Ground Effect" developed by Ammerschläger, in which the wind was channeled through a shaft at the bottom rear of the Capri, the car literally sucked itself onto the road. From a speed of 250 kph it would have been possible for the Ford, according to the engineers, to drive up walls or on ceilings. A feature that not only made the Turbo Capri an absolute racing icon at the beginning of the 1980s, but has continued to do so to this day.

From 1978 to 1983, the Group 5 Capris controlled the events of the German Racing Championship with sovereignty and were able to repeatedly put the seemingly overpowering Porsche competition in their place. The then works driver and current motorsport journalist Klaus Niedzwiedz was also part of this success story.

After his assignments in the cockpit of the Ford Escort BDA for Zakspeed in the European Touring Car Championship, he took a seat behind the wheel of the D & W Turbo-Capri from Zakspeed in the DRM and was able to win silver here in the 1981 season at the airfield races in Mainz-Finthen and Wunstorf as well as in the races in Zolder and on the Hockenheimring. A win at the Supersprint season finale at the Nürburgring brought him ninth place overall and thus fifth place in the two to two liter displacement division. With their training course record on the Nürburgring-Nordschleife, with a time of 7:08.590 minutes and thus only ten seconds more than Niki Lauda in the Formula 1 Ferrari in 1975, Niedzwiedz and his Ford Capri finally wrote motorsport history.

The Group 5 vehicle from Klaus Niedzwiedz from 1981 in typical blue-black D & W Zakspeed-team-design has been produced by WERK83 in the well known high quality. A true-to-detail interior, steerable front wheels as well as openable doors complete the model for proper Capri-fans. 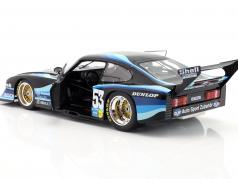 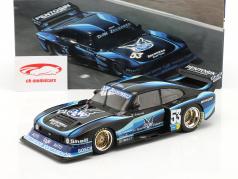