04.01.2023Strangest lap of the year: Vettel on a scooter through the Albert Park

It was one of the most striking scenes of the Formula 1 - season 2022 - and that despite the fact that she hardly had anything to do with the sporting events. 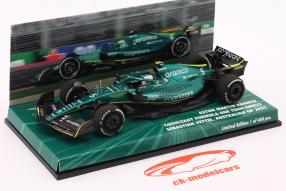 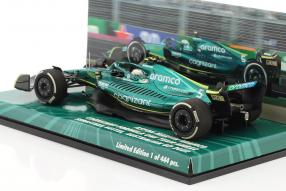 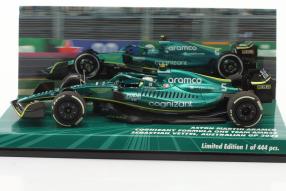 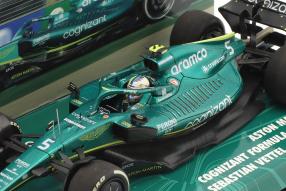 At the Australia Grand Prix in Melbourne, Sebastian Vettel drove a lap with a scooter after the first free-practice. During practice, the four-time world champion parked his Aston Martin due to an engine damage and already caused some amusement by grabbing the fire extinguisher himself and helping the marshals with the rescue.

After he had finished the session, Vettel grabbed a marshal's scooter and drove back to the pit lane, smiling happily and waving. The fans in the stands cheered the bizarre action just as much as the social media world.

However, there was not much more to smile about for Sebastian Vettel on the weekend in Australia. The first two races in Bahrain and Saudi Arabia had already been completed. But Vettel missed it with a corona infection and was replaced by Nico Hulkenberg. Although the scooter jaunt brought the Heppenheimer sympathy again when he returned to the premier class, he also received a fine of 5,000 euros for entering the track without permission. On top of that, the second free practice session fell flat for him due to the engine failure.

On Saturday, Vettel had an accident in the third practice session and almost missed qualifying due to the lengthy repair work. Starting from position 17 and with hardly any driving experience, nothing groundbreaking was to be expected in the Grand Prix anyway. After slipping into the gravel bed in the beginnning, Vettel spun into the wall at half-time and was out.

From a sporting perspective, the weekend in Melbourne may have been disastrous, but Sebastian Vettel, who has since retired, delivered one of his great moments with his motor scooter performance. And now there is also the right collector's item - not the scooter, but at least Vettel's Aston Martin AMR 22 from the Australian Grand Prix in scale 1:43. The model by Minichamps is limited to 444 units exclusively for ck-modelcars and comes with a high-cover collector's outer packaging.

[06.01.2023] Werk83 replicates the Opel Calibra from Team Joest, with which Yannick Dalmas started a year before the team's long-awaited victory in the DTM/ITC 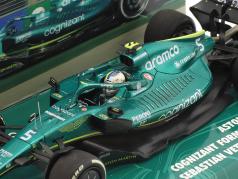 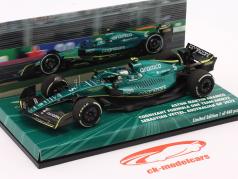