Ixo releases several Porsche 911 RSR, which started in Le Mans exclusively for ck-modelcars in the scales 1:18 and 1:43. 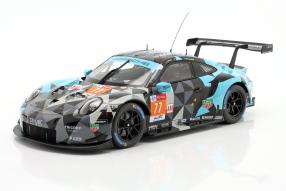 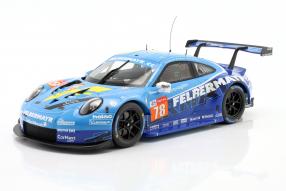 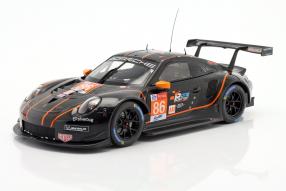 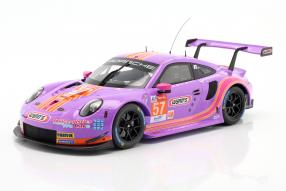 The Porsche 911 RSR is the highest of feelings, what Porsche has to offer as an race car. The GT race car born in Flacht is probably the most tried and tested GT-vehicle of its time. Together with Ixo, we want to set our eyes on exactly this vehicle in this blog today. The label exclusively produced many Porsche RSR for us, which have competed at the 24 Hours of Le Mans 2020. One car is the strikingly painted RSR from Team Project 1 in various shades of purple and pink. The car was driven by Jeroen Bleekemolen, Felipe Fraga and Ben Keating. Second in the group is the RSR from the team Proton Competition. At the wheel in 2020 were Michele Beretta, Max van Splunteren and Horst Felbermayr junior, whose name can also be found in the sponsorship on the blue Porsche. A well known name in the racing scene is the name Gulf Racing. The third car that Ixo is providing exclusively for ck-modelcars is from this exact team. The three Brits Ben Barker, Mike Wainwright and Andrew Watson shared the cockpit of the Porsche, which was kept rather simple in comparison to the aforementioned Porsche and was painted black and orange. The fourth car from the Dempsey-Proton Racing team finished 2nd in the LMGTE-Am class at Le Mans 2020. Matt Campbell, Riccardo Pera and Christian Ried were behind the wheel. All four vehicles side by side create a great picture and bring back memories of the 2020 Le Mans race.

The Porsche RSR - in short, is the most spectacular Porsche 911 that Porsche has to offer. Porsche even calls him the uncompromising long-distance vehicle, which they have ever built. Porsche already shows that you sometimes have to go a different route in racing with the fact that the RSR leaves the rear engine concept that is usual for Porsche, in which the engine has been moved further towards the center of the vehicle and even in front of the rear axle. In addition to a larger rear diffuser and a larger rear wing, which provided improved downforce, tire wear could also be used more efficiently thanks to better weight distribution.

The Porsche 911 RSR has a high-revving 4.0 liter six-cylinder boxer engine that delivers 510 hp. The whole car brings its weight of only 1243kg. With over 35,000 test kilometers in racing, the Porsche 911 RSR belongs to the most tried and tested GT vehicles. The first start of the RSR was in 2017 at the 24 Hour race of Daytona. Further 116 races followed in the same season. The Porsche 911 RSR is especially used in the FIA World Endurance Championship (WEC) including the 24h of Le Mans, as well as at the IMSA WeatherTech SportsCar Championship. 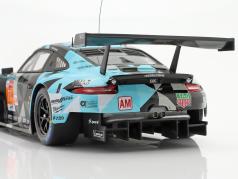 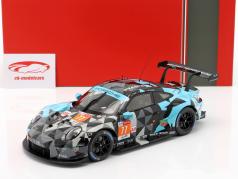 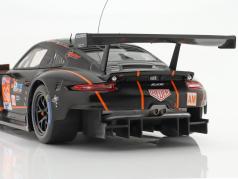 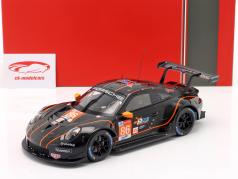 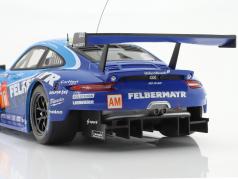 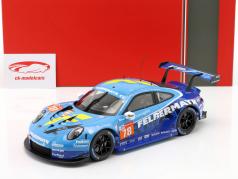 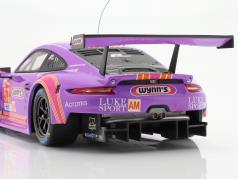 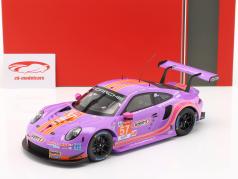 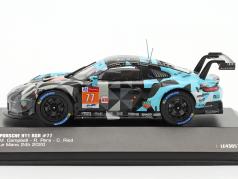 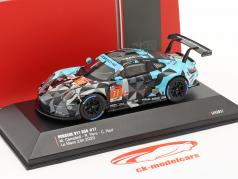 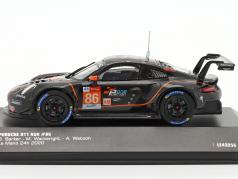 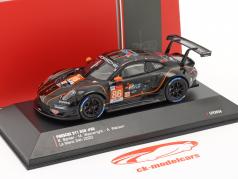 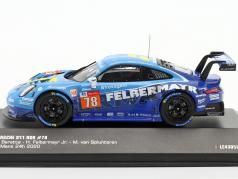 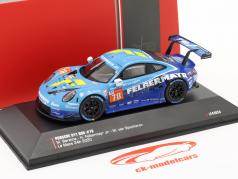 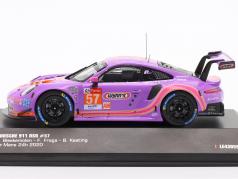 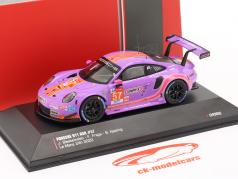