The BMW M1 is an ideal example that the success of a vehicle cannot only be expressed in terms of data and achievements. The super sports car from Munich had to overcome unexpected hurdles at the production and during race use. 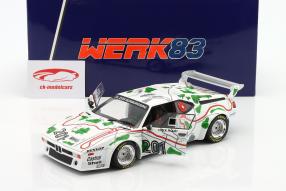 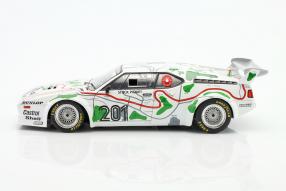 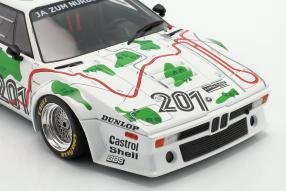 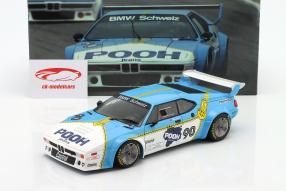 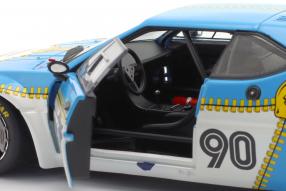 The M1 not became the planned big hit. And yet it is a legend today - not only among BMW fans. We from ck-modelcars are also big fans of the BMW M1 and released two racing versions of the Bavarian flounder as diecast-models with our own label WERK83.

In the early 70s, BMW wanted to be more competitive in sports car racing. Thus, the manufacturer from Munich set on the consequent solution to build the M1 as a race car, which in turn was to be built in the number of road variants required for homologation. But the construction was delayed and the first finished racing versions stood there without homologation, because not enough street vehicles had existed. So BMW had the race cars, but could not use it in international competition.

To race with these cars anyway, BMW found an emergency solution, which wrote motorsport history. As part of the Formula 1, a manufacturer cup was held in 1979 and 1980, in which the five fastest drivers from the premier class training courses competed against established racing drivers from sports car racing. The overall winners became a stree-M1. Such a constellation was a strange novelty even then and is difficult to imagine in today's Formula 1 world.

Marc Surer was one of the Formula 1-drivers in 1980, who competet in this revolutionary series. The Swiss was inferior with his ATS-Ford in the premiere class. With a seventh place as the best result, Surer's season ended without points, because World Cup points were then only awarded for the top six. In the Procar series, on the other hand, Marc Surer secured two podium places and finished eighth overall. The model in scale 1:18 impresses with the striking design of Pooh Jeans, the steerable wheels and the true-to-the-original interior, which can be viewed particularly well thanks to the doors that can be opened.

In the beginning of the 80s, the M1 had finally gotten its homologation. But then the competition was already ahead of him again. Nevertheless, the M1 continued to cause a stir - also with special designs that are just as iconic today as the car itself.

An example can be found in the 1000-kilometer race on the Nürburgring in 1980. The M1 of Hans-Joachim Stuck and later Formula 1 World Champion Nelson Piquet drove in the memorable outfit of the "Yes to the Nürburgring" initiative, which is aimed for the future of the Eifel course. After Niki Lauda's fire accident, the premier class had said goodbye to the Ring and other racing series also turned against the dangerous Nordschleife. The future of the Nürburgring was to be contested with the newly built Grand Prix circuit. Next to the slogan, the route map of the Nordschleife was shown on the M1. Stuck and Piquet won their class and took third place overall. This model was also produced in scale 1:18, offers opening doors and steerable wheels.

This are just two of many collectibles around the BMW M1, through which the sports car icon from Munich lives on to this day - whether in museums, historical racing series or in model showcases. 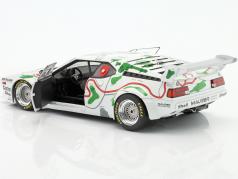 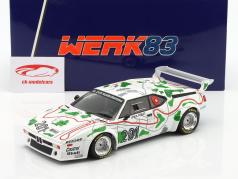 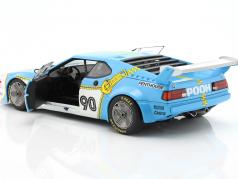 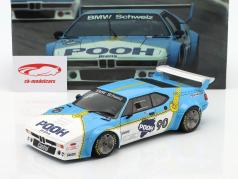