Already before the season it became clear that Williams would not be one of the permanent contenders for points. But the team with George Russell and Nicolas Latifi continued to surprise with good qualifying results and races in the points. 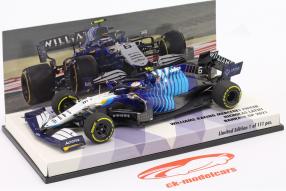 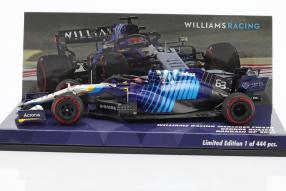 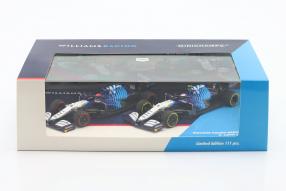 So the Williams Racing Mercedes FW43B is part of the surprising cars of the year without any doubt.

The season start of both Williams drivers was not very promising. After the first ten races of the season, the traditional racing team from Grove was still without championship points. But then the knot finally burst.

At the last race before the summer break on the Hungaroring in Hungary, Nicolas Latifi and George Russell achieved a double top-10 success with the positions seven and eight through an intelligent tactic. This was the first time since Monza 2018 that both drivers finished a race in the points.

Spurred on by the first points, George Russell went even further at the Belgian Grand Prix. After youngster Russell had already celebrated success by moving into the third qualifying session, things got even better afterwards: After the session had to be stopped prematurely after a serious accident, George Russell was on the front row of the grid, right next to Max Verstappen.

And even though the weather in the Ardennes had a big impact on the success, the Williams-pilot celebrated the first podium of his career on Sunday. Because the race only lasted two laps, which also took place behind the safety car. Heavy rain prevented the race from going ahead.

Second place at the Circuit Spa-Francorchamps was definitely the highlight of the season in terms of results. But even after that, George Russel celebrated two more top 10 successes and ended the season with 16 points in 15th place in the championship. His teammate Latifi ended up in 17th place.

The manufacturer Minichamps offers the Williams Racing Mercedes FW43B from both pilots as individual models from the Bahrain GP or as a 2-car set limited to 111 editions. The models in scale 1:43 are made of resin in the usual high quality.

[02.06.2022] With support by ck-modelcars: White Angel for Fly&Help collects donations for schools in Togo 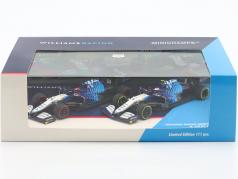 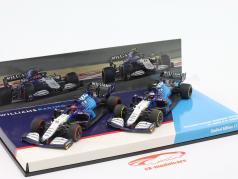 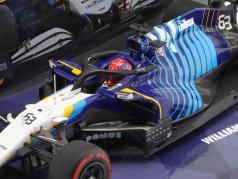 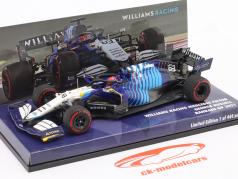 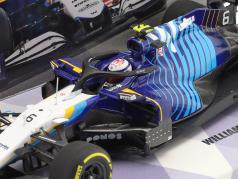 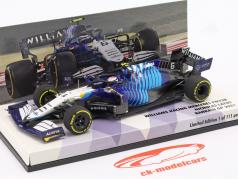