The team from ck-modelcars looks back on 365 days, which were shaped by many exciting stories. We can&#039;t tell them all, but we want to remember the most beautiful ones again. 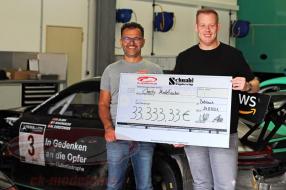 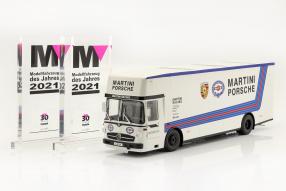 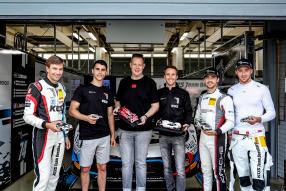 Our fundraiser, which we have done together with Minichamps and Schnabl Engineering makes the beginning of our review. 33,333 euros were raised for the victims of the flood catastrophy in summer in western Germany. Our thanks go very clearly to all buyers of the charity model in scale 1:43. The Porsche 911 GT3 R with a special design was delivered to the buyers just in time for Christmas.

And while we are at it, saying Thank you: We were also very happy about the enormous encouragement from the readers of the trade magazine Modellfahrzeug. At the 31st election to the "Modelcar of the year", we directly won several awards for our models - in six categories to be precise. For ck-modelcars it was undoubtedly proof of having hit a nerve with the collectors. A result that we want to build on!

More about the awards

One of the most important platforms in 2021 was the ADAC GT Masters. Once again, the KÜS Team Bernhard was on the road as a partner of ck-modelcars in the popular GT series. For us it was a matter of course to bring the models of the three Porsche 911 GT3 R around the team of Timo Bernhard on the market. During the guest appearance at the Lausitzring, the first copies in the scales 1:43 and 1:18 were presented. Precote Herberth Motorsport's 911s from the ADAC GT Masters 2021 are also about to be launched on the market.

More about the models from KÜS Team Bernhard

More about the models of Precote Herberth Motorsport

Finally, we would like to thank everyone very much, who made the ck-modelcars-year 2021 so special. And that includes every single customer who we were able to give pleasure to with our modelcars. A total of 150,000 orders were sent in the last 365 days.

Christoph Krombach & the team of ck-modelcars