The Porsche 919 Hybrid is one of the most successful vehicles of the LMP1-Class in the endurance world championship. 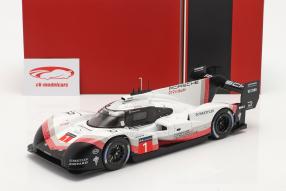 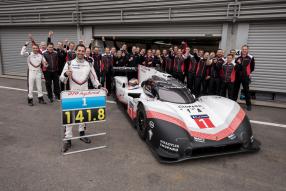 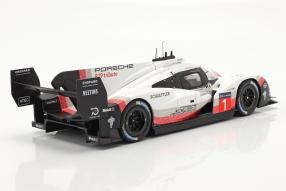 After the retreat of racing, Porsche rebuilt this vehicle to achieve several track records with the 919 Hybrid tribute. Thus, the Swiss works driver Neel Jani drove a lap time of 1:41.770 minutes on the Circuit de Spa-Francorchamps that is basically Formula 1-level.

The Porsche 919 Hybrid era began in 2014 when Porsche joined Audi and Toyota as the third manufacturer to enter the LMP1-hybrid class. After a first year of apprenticeship, the company from Zuffenhausen started an impressive winning streak in 2015. From 2015 to 2017, the manufacturer from Zuffenhausen not only won the legendary 24 Hours of Le Mans three times, but also secured the drivers 'world championship and the title in the manufacturers' championship three times in a row.

One of the successful drivers was the Swiss Neel Jani. After numerous successes in formula racing and several years as a Formula 1 test driver, Neel Jani played a key role in the development of the 919 Hybrid. In 2016 he won Le Mans with his team-mates Marc Lieb and Romain Dumas and was also crowned world champion at the end of the year. Even after his involvement in the endurance world championship ended, Jani continues to work for Porsche as part of the Formula-E team.

A comparison of the lap times shows how outstanding Neel Jani's lap on the traditional race track in the Ardennes was. The fastest lap driven under competitive conditions with the 919 Hybrid at Spa was a 1:53.756. Thus, on April 9th, 2018, Neel Jani was almost exactly twelve seconds faster with the converted racing car and lapped the 7.004 kilometer circuit in 1:41.770. At the time, this lap was even faster than the lap record from Formula 1.

Honor where honor is due

After such a success story, as the Porsche 919 Hybrid did, the car deserves a farewell tour. In addition to the record lap on the Circuit de Spa-Francorchamps, the rebuilt LMP1-race car was also on the track of the Nürburgring Nordschleife. With Timo Bernhard in the cockpit, the vehicle set an unofficial lap record of 5:19.546, which will probably be unbeaten for a long time.

In honor of this record lap, Ixo has launched a special model exclusively for ck-modelcars. Neel Jani's vehicle is available in the scales 1:18 and 1:43 and was manufactured in the usual high quality. A must for every fan of this unique sports car. 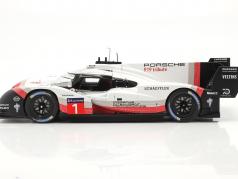 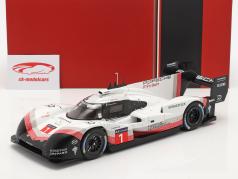 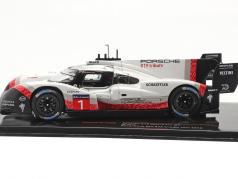 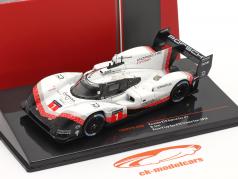