After seven victories in a row, Porsche had to admit defeat to Jaguar at the 24 Hours of Le Mans in 1988 for the first time in the unforgotten Group-C era. On their fifth attempt, the British won the 56th edition of the long-distance classic with Jan Lammers, Johnny Dumfries and Andy Wallace and defeated the strong competition. 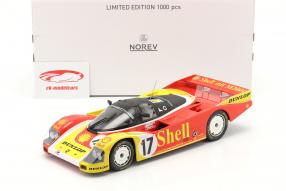 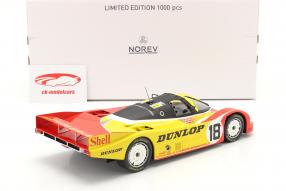 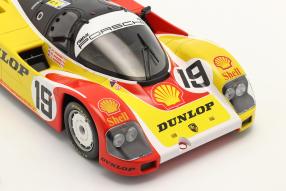 For safety reasons, Sauber-Mercedes pulled back both C9 quite before the race, after Klaus Niedzwiedz had an unexplained tire damage during the training at high speed. Thus, Jaguar just had to compete against three factory-used Porsche 962C, which manufacturer Norev brings in scale 1:18 and in a limitation of 1,000 pieces each.

Especially the car #17 almost prevented Jaguar's triumph. After initial setbacks, Hans-Joachim Stuck, Klaus Ludwig and Derek Bell fought their way back into the leading lap shortly before the end of the race, but could no longer contest victory for the XJR-9 used by Tom Walkinshaw's team.

The second best Porsche 962C was the car #19. The family Andretti was in the cockpit with - Mario (Formula 1 world champion 1978), Michael (INdyCar-Champion 1991) and John, the nephew of Mario, who died of cancer in early 2020. At the finish line, the Andrettis were 19 laps behind the winners from Jaguar and the sister car #17. They still finished sixth.

The third factory vehicle #18 was occupied very interestingly. Bob Wollek shared the 962C with Sarel van der Merwe from South Africa and Vern Schuppan from Australia. Van der Merwe won the South African Rally Championship eleven times between 1975 and 1988, but was also successful on the circuit at the same time. On his Le Mans debut in 1984, he finished third straight away. Vern Schuppan had already won Le Mans a year earlier with Hurley Haywood, Al Holbert and a Rothmans Porsche 956, the forerunner of the 962nd Wollek, van der Merwe and Schuppan retired after half of the race with an engine failure.

The 1988 Le Mans edition became a record hunt. The victorious Jaguar team missed a new distance record by just two kilometers. Helmut Markos and Gijs van Lennep's record of 5,335.3 kilometers from 1971 was ultimately not to be broken until 2010. Hans-Joachim Stuck drove a lap with the #17 Porsche for the third time ever at an average speed of over 250 kph. In addition, the Frenchman Roger Dorchy achieved an unprecedented record of 405 kph on the Hunaudières straight with a Welter Racing World Championship P88 designed for the speed record. Two years later, the two chicanes were introduced on the long straight.

So, the three Porsche 962C-models remind on one of the most memorable Le Mans editions in its almost 100-year history.

[20.10.2021] Two models with gigantic dimensions and extremely high functionality as an absolute eye catcher for every collection

[15.10.2021] The Aston Martin DBS. The further development of the Aston Martin Vanquish and James Bond's company car in "Casino Royale" and "Quantum of Solace" 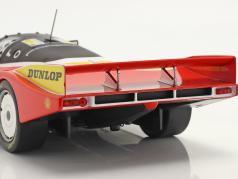 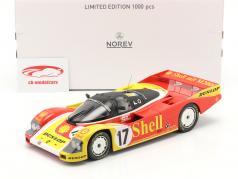 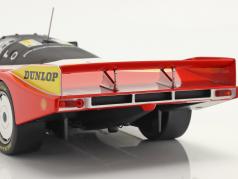 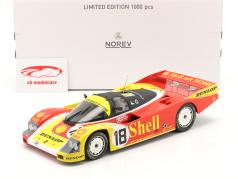 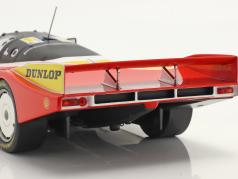 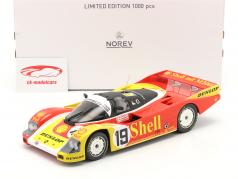