Four diecast-modelcars in scale 1:18 and one in 1:43 were developed in cooperation with iScale and we want to present them 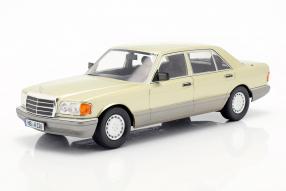 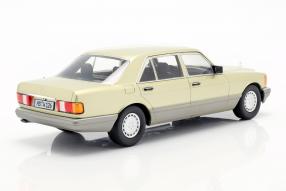 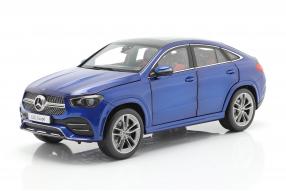 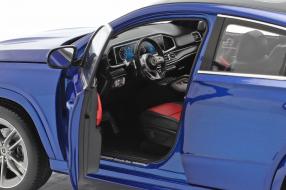 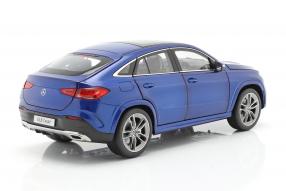 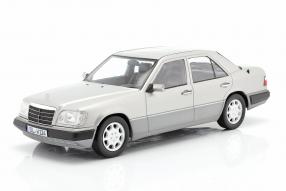 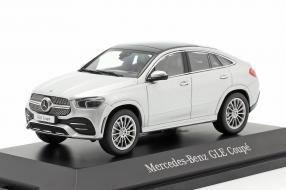 We already presented the exclusively available modelcars of the Mercedes-Benz of the model series C167 at ck-modelcars.de, but now the range of these exclusive models has been extended by two further versions: In cooperation with iSacle, ck-modelcars.de brings the GLE coupe of the model year 2020 in the previously unpublished color brilliant blue under the item number 118000000051 in scale 1:18 as well as in format 1:43 in silver with the 1430000000134. The models are produced from diecast. The larger version has openable doors and hoods; the smaller version usually not. This also applies for the impressively beautiful miniatures of the Mercedes-Benz E-Class W124 and the S-Class W126 from the years 1989 and 1985, to which also exclusive miniatures appear in astral silver and thistle green.

Let us start with the youngtimer: The middle and upper model series of the classic four-door models are still enjoying increasing popularity on the used car market and with modelcar collectors. As they are called “real Mercedes” vehicles in their opinion, they are built “for eternity” and are still an indispensable part of our streetscape today: Driving such Benz is considered as chic! The E-Class with item number 118000000053 comes with a relatively modern paintwork in astral silver in 1:18, with harmonious proportions and beautiful design of the details, including the side flank protection strips with integrated side sill panels introduced in 1989. In 1993 it was also called the E-Class and the radiator grille mask was integrated into the bonnet that tapered down to the bumper and that the modelcars already had.

Thistle green - this color was also rather rare to see on the streets with the role model of the here presented models of the S-Class from 1985. Although in line with the zeitgeist, the buyers of the luxury class car preferred black, grey and dark blue. In the case of the iScale model with item number 118000000061, the collector gets a real eye-catcher for his showcase, which is delivered with prototypical contours and the appearance corresponds exactly to the W126: A real asset and for a fan of the brand with the star a real hit, especially as part of the Golden Autumn campaign. Last but not least, the editorial team would like to take a look at the Mercedes-Benz GLE of the model year 2020 mentioned at the beginning, for which the combination of brilliant blue on the outside and black-red on the inside also sets accents.

The big tail gate as well as all four doors can be opened at this modelcars, which are just limited to 500 pieces and offer an awesome view into the interior, which is perfectly equipped in the model in terms of side door panel, headliner, seats as well as dashboard. Thus, iScale has also transferred the latest generation of the infotainment system MBUX (Mercedes-Benz User Experience) with an intuitive operating structure and brilliant graphics in high visual quality to the instrument panel of the modelcars. Of course, the larger exclusive model also offers a hood that can be opened, under which the fan, however, only expects the plastic landscape, which is not different from the original. What remains is: These stars are a direct hit in terms of both price and quality: Grab them!