We could fit in numerous new modelcars in scale 1:43 for you yesterday - among them a further 911 GT3 R by GPX Racing with a lot of dirt 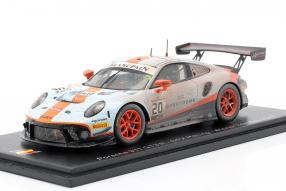 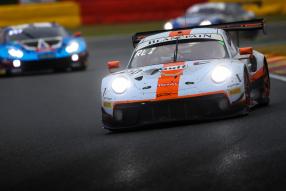 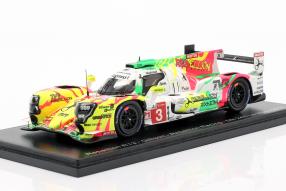 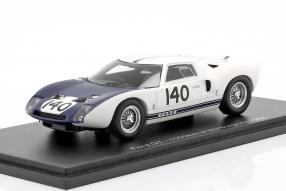 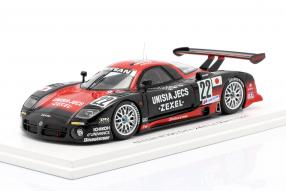 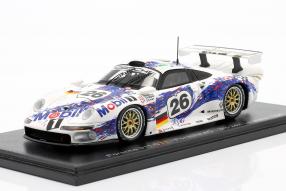 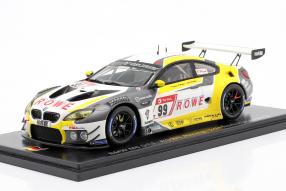 Corona and no end: The 88th 24 Hour race of Le Mans was originally supposed to take place on June 13 to 14, 2020, at the Circuit des 24 Heures, but due to the world wide rampant pandemic the race has been postponed to September 19 to 20, 2020 and should take place without any audience. Currently Spark delivers brand new modelcars also to the topic 24 Hours of Le Mans and thus also brings previous version back into the focus of the fans. Among the novelties is also a produced model exclusively for ck-modelcars.de: The Porsche 911 GT3 R with which the team GPX Racing finished the 24 Hours of Spa 2019 as winner. As usual with Spark, the miniatures are built from resine and come in the dirty version from the end of the race, so really dirty, to the collector and are limited to just 222 units in scale 1:43 and under item number SB251CKAR.

Michael Christensen from Denmark, Kévin Estre from France and the Austrian Richard Lietz set in the cockpit of the nine-elven with starting number 20. The numbered throughout modelcars do not only transfer the contours and line management of the over 367 kW / 500 hp strong 911 GT3 R perfectly from the role model to the miniatures, but also bring a bit more authenticity of the racetrack to the showcases at home with the pronounced soiling of the body. GPX Racing won with this role model the 71st version of the traditional race, which was counted as the fourth run of the Blancpain GT Series Endurance Cup 2019 and was chracterized by its captricous weather. Despite adverse conditions on the racetrack in Spa-Francorchamps, GPX Racing, however, ensured the seventh overall victory of Porsche at the endurance classic in the Ardennes.

About a month ago, we already presented the car or the models and also made exact allegation to the race course: Who would like to read more about this please click on the article, which can be reached via this link. The Honda / Acura NSX GT3 with starting number 23 is from the same race, which Spark also replicates 500 times under the item number SB269 with the license of the Jenson Team Rocket RJN also in format 1:43. The miniatures of the fifth-placed Rebellion R13 by drivers Thomas Laurent, Gustavo Menezes and Nathanaël Berthon (S7902) and the third-placed Porsche 911 GT1 by Yannick Dalmas, Scott Goodyear and Karl Wendlinger (S5603) lead us back to Le Mans. The following year, Nissan Motorsport started in the same category with Aguri Suzuki, Riccardo Patrese and Eric van de Poele.

To their Nissan R390 GT1, excellent craftsmanship made modelcars with the starting number 22 (S3578) appear. A delivery of new products from Spark would not be complete without diving deeply into motorsport history. Highlights from the past are the miniatures of the Ford GT40 from 1964 and 1969: In the 1000 kilometer race at the Nürburgring, Ford Advanced Vehicles started with the GT40 with starting number 140, relying there on Phil Hill and Bruce McLaren (S7954). The 1969 test version for Le Mans with the 9 on the doors was driven by Jo Schlesser (S7953). The J. W. Automotive Engineering Ltd. celebrated victory in Le Mans 1969 (43LM69) with the number 6 Ford GT40 in the livery of sponsor Gulf and drivers Jackie Oliver and Jacky Ickx. And who will finish the race as the winner in 2020?