If you can not imagine anything from the brand from Dong Guan, you will meet good old acquaintances: Miniatures in 1:18 from the production facility of NZG and Schuco 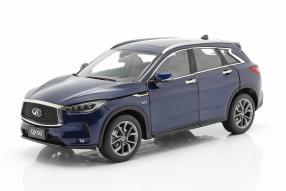 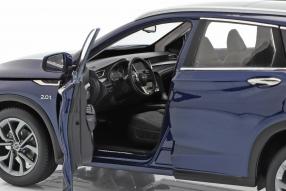 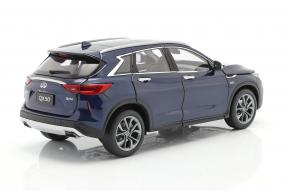 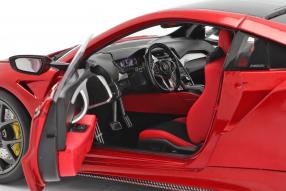 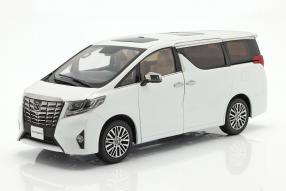 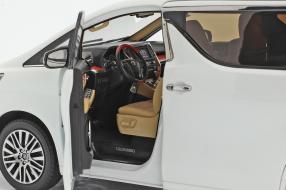 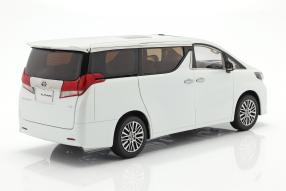 KengFai - a label, which is not yet known among the collectors of diecast modelcars as for example Minichamps or Norev - gave its debut in the webshop with its miniatures last Thursday and now celebrates premiere in this blog. But who thinks that modelcars from the company KengFai are unfamiliar, is wrong: The company operates a state-of-the-art manufacturing facility with over 20,000 square meters in the Chinese city Dong Guan. Founded in 1994, KenFai has 25 years of experience in the development, production and the sale of diecast models. They employ about 600 people, which concentrate on the development, the production and the sale of diecast miniatures in scale 1:8, 1:18, 1:43 and 1:50. The German traditional brand NZG is part of KengFai; Schuco also has the production there.

NZG, for example, inspires with the models of the Volkswagen VW T6 Multivan or the Mercedes-Benz Actros and EQC 4matic in scale 1:18; both come from KengFai as well as the current models from Schuco. According to KengFai, it owns the most modern design and production facilities for 3D design, mold construction, diecasting injection, electrostatic spraying, manual spraying, pad printing, assembly and packaging, and thus promises to be able to guarantee high production quality. Quote: “We consistently strive to manufacture high-quality diecast parts and strive to be number 1 in China. On the other hand, we will strengthen cultural communication with all parties from car manufacturers, universities and sports clubs and try to lend soul to the cold body of the model!”

Big words that delight our editorial staff. But which also reflects how good the modelcars are that KengFai also sells under its own brand. Just like the miniatures of the Infiniti QX50, which demonstrates under the item number VAKF0242 in blue and VAKF0243 in silver, how well developed the models come to the collector: the lines are perfectly reproduced; the fit of the functional parts - all four doors, the bonnet and tailgate can be opened - meets the highest expectations. Fitted ironing door handles, technically correct plastic parts such as headlights and taillights that blend into the diecast environment, glazing that sits just as cleanly in the body - model building is actually no better! It is obvious that the finish in the interior corresponds to the exterior.

The dashboard, center console, seats and door linings show the extreme attention to detail, with which the engineers proceed during the development of the models. The engine compartment at the Infiniti, however, mainly exists of a large coverage, but KengFai also sets acents there with liquid containers highlighted in color, the dipstick and stickers. The model has also steerable front wheels: Features, which also counts for the Honda / Acura NSX, which are deliverable in three colors. As well as for the miniatrues of the van Toyota Alphard, which even comes up with the following extras under the item number VAKF0601: The seats can be pushed forward and backward, the lower part of the passenger seat and the middle seat can be folded up and down, the rear seat back can be folded. The roof glas at the front can be opened.

But also the rear window can be moved; there is a functional suspension at all four wheels as well as foldable exterior mirrors. Apparently, KengFai wants to give this van a special business card for the performance of the company from Dong Guan in order to gain additional cooperation partners: Audi, Liebherr, Hummer and BMW are already among them. On the subject of Porsche, KengFai has released the Schuco Cayman GT4 and the Porsche 911 991 as a coupe, Targa and cabriolet in format 1:18; Audi RS 7 Sportback 2016 in the same size. We can be curious what KengFai will come up with for modelcars in the future and what features they will bring.