From the classic limousine to the luxury cabriolet with the star on the hood. The French delivered strong modelcars in scale 1:18 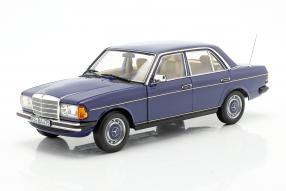 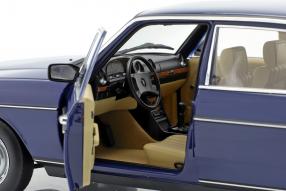 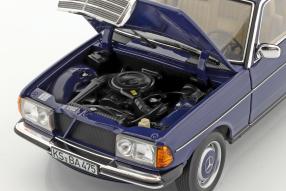 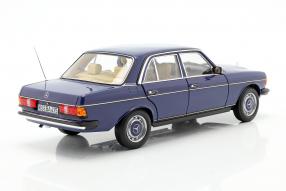 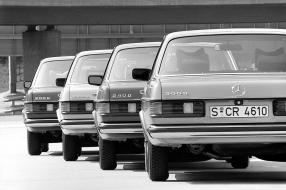 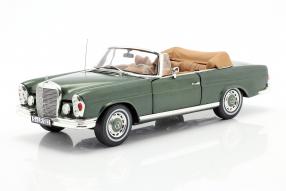 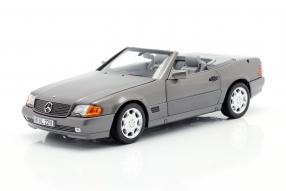 In the middle of May, the model series W 124 from Mercedes-Benz was guest in this blog: Today there is a step back to the predecessor, the W 123, which Norev delivered this week under the item number 183710 in format 1:18. The modelcars from diecast have all around openable doors and hoods and thus offer a lot of value for the money and are in direct competition with the miniatures from KK-Scale. These are also produced from the zinc diecast but don't offer functional parts and are therefore around 20 euros cheaper. The models from Norev are also part of what feels like a festival of new products, because in addition to the W 123, new Mercedes-Benz 230 SL 1963, 280 SE Cabriolet 1969 and a new edition of the 500 SL, popular for its timelessness and longevity in the classic car market, are also appearing from 1989.

A long life is usually granted to the role models of the miniatures described here when the owners pay them a minimum of attention: With regard to the underbody, especially on the jack shots, where the rust would otherwise be, especially on those covered by the plastic planks swell blooms. The W 123 does not yet have this. Norev released a version of it with a paint that is in the range of surf blue, color code 900. Between November 1975 and January 1986, Mercedes-Benz built around 2.7 million vehicles of this series, including the coupe and estate models. The French from Vaulx-en-Vaulin assign the modelcars to the vintage of 1982 and call it the Mercedes-Benz 200, so they emulate the entry-level version, which has been equipped with a four-cylinder M102 in-line engine since 1980.

With this drive plant, the 200 had 80 kW / 109 hp from 2.0 liter displacement, its maximum torque of 170 Newton meters (Nm) helped the car to reach a high speed of 168 kilometers per hour and to accelerate in 14.4 seconds to 100. A look under the bonnet of the model shows us that Norev has perfectly replicated the engine, equipped with carburetor: Liquid containers, coolers and stickers - nothing is missing! Let's stay at the details: the headlights and their inner workings, the turn signals in orange and the basic bumpers with the black plastic corners are implemented according to the prototype and routinely handcrafted. The rubber trims with chrome inlays, the chrome-plated hub caps with the inner part in body color and the detailed interior are also very convincing.

There, the collector finds everything which belongs there from the correctly replicated dashboard to the little loudspeaker on the parcel shelf. The modelcars, of course, have steerable front wheels. We don't have to extra mention that the appearance of the body of the model exactly matches the one of the role model. The description and evaluation of the models can be transferred 1:1 to the miniatures mentioned at the beginning: The roadster and convertible version of the series R 129 and W 111 in addition have a soft top, with wich the models can be presented as open or closed. From our point of view, the here presented offensive by Norev is a beautiful opportunity to extend the collection to the topic Mercedes-Benz with interesting pieces. We wish a nice weekend!