He started in 2015 to lead Ferrari to a new shine like his idol Michael Schumacher. Now, five years later, Sebastian Vettel and the team go their separate ways 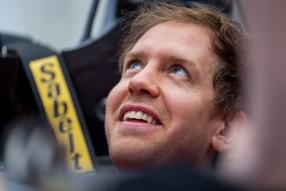 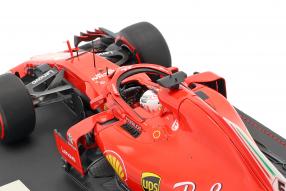 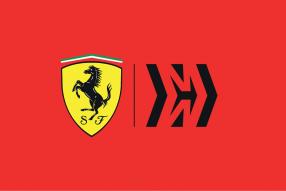 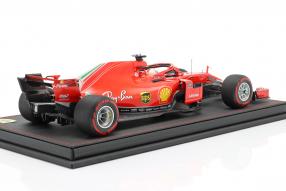 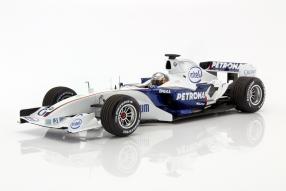 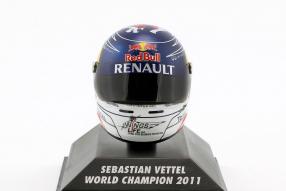 Quote: "ScuderiaFerrari MissionWinnow and Sebastian Vettel decided together not to extend the contract for Sebastian's services as a driver with the team beyond the current expiry date of the end of the Formula 1 season", so the message from Ferrari on Tuesday morning, after the newspaper and trade magazines such as Motorsport-Total reported hours earlier about the sensation in the Formula 1 season 2020, which had not yet started due to the corona crisis. Since joining the Scuderia Ferrari, Vettel has had 14 victories, five each in 2017 and 2018; the respective seasons as World Cup runner-up behind Lewis Hamilton. Vettel's racing cars are among the most requested items in our shop: the current offers from Looksmart, BBR models and Minichamps.

Vettel is activ in karting since 1995 and is on the road for BMW Sauber in the Formula 1 as test and replacement driver since 2007. After a guest performance at Toro Rosso, he drove for Red Bull since the beginning of the season 2009. Together with Red Bull, the Heppenheimer, born on July 3rd, 1987, won the season 2010 and thus won the World Championship as the second German after Michael Schumacher and then the youngest driver. With the successful defense of the title in 2011, 2012 and 2013, Vettel rose to the group of three drivers who became world champions four times in a row. He joined Ferrari in 2015 to bring new life into the Scuderia like his idol model Michael Schumacher. Which - so far - has not been accomplished with a title. Because of the corona crisis, it is still unclear how the season will be shortened. A start on July 5th, 2020, is currently the state of affairs.

The modelcar industry owes a lot to Sebastian Vettel: Four World Championships with Red Bull produced as many miniatures as the four years at Ferrari. In the fifth and last year we may have slightly less models available due to the possibly lower number of races. If you still want to close gaps in the collection, you can do this with modelcars from Bburago, BBR models, Looksmart in the scales 1:43 and 1:18 and helmets from Minichamps in 1:8. A special classy model is the Ferrari SF71H in scale 1:18 from 2018 by BBR, which commemorates Vettel's 50th victory in a Grand Prix and replicates the winning car of Canada 2018. It comes in a leather box and is limited to just 150 units under item number BBR181805CANST. You can access other models via the link.

Here: Click to the modelcars of the topic Sebastian Vettel