Of course, the newcomers to the so-called size H0 are not brand new, but they do fill gaps with racy Italians and strong Germans 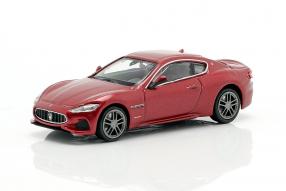 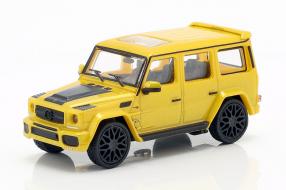 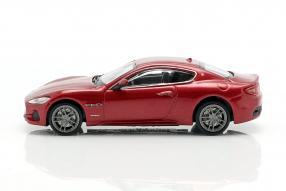 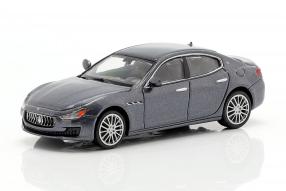 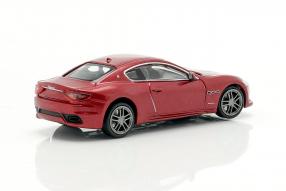 The scale H0 is known above all the fans of model trains, because Märklin, Trix and Fleischmann have made their locomotives, rails and wagons in this format since 1935 to a worldwide success. The Berlin entrepreneur Friedrich Karl Peltzer and his company Wiking Modellbau began with ship and airplane models, but after the Second World War it was mainly the transport models with which since 1948 first in 1:90 and then in H0 / 1:87 also the model railroaders were addressed. With the modelcars made of plastic, the railway systems could be modeled as prototypes: passenger cars and commercial vehicles parked in front of the houses, especially from Faller. Accessories for model railway systems came since 1949 also from Herpa; 1978 the Dietenhofener supplemented their range to modelcars in 1:87. And Minichamps now closes important gaps here.

As known, the people form Aachen started their product plate in 1990 with modelcars in the 1:43 scale, concentrating on models from motorsport. The format H0 was probably not an issue at the time. Even today, the industry leader in this segment does not play the main role: If the collector activates the search function on the website of the Aachener, 317 models are listed, which Minichamps offers in the size 1:87. Compared to the vast increase in supply over the decades on the part of Herpa and Wiking, that is in fact nothing. But especially in recent times, the Aachen niches, about the fans of the format 1:87 or the model railways are likely to serve, because miniatures of racy Italian luxury sedans and sports cars or high-performance SUVs made in Germany, Wiking and Herpa have not on offer.

Clever made so by Minichamps, to present modelcars like the Maserati Ghibli or the Coupe Granturismo of the model year 2018 in 1:87 of shockproof ABS, as they have recently appeared. The approximately 40 gram-weighing models correspond exactly to the role models in their appearance, so in this discipline they correspond to the products of the house in 1:43 and 1:18 or 1:12. Is it a coincidence that the focus of Minichamps is on beautiful Italians? With the Alfa Romeo Stelvio Quadrifoglio 2017 and the Giulia Quadrifoglio 2017, brand new models in 1:87, which will soon be getting company with sporty and electric Audi: RS4 Avant 2018, e-tron 2018 and the Audi A6 Avant are expected. The BMW i3 and i8 coupe in 1:87 are announced for 12/2019. Current BMW M2 and M4 expand the range towards Bavaria as well as the upcoming M6 Cabriolet.

But top sellers with us are also the sensationally successful miniatures of the Brabus 850 6.0 Biturbo Widestar based on the Mercedes-Benz AMG G63, which Minichamps also released in 1:87, like the Brabus 600 based on the Mercedes-Benz AMG GT S. The Porsche 911 Turbo can be found as 930 and 964 consideration in the program. The 911 GT3 RS and the Spyder of the model year 2013 are missing just as little as the current Porsche Cayenne 2017 and the Porsche 718 Boxster and Cayman 2016. Minichamps has even scaled down the first Cayman GT4 Minichamps into the H0 format; only yesterday we had its second generation in 1:18 on our blog. We think it's awesome that the people from Aachen now devote themselves to beautiful Italians to bring them on the model railways, which this undoubtedly extends to a little more class and race. We are happy about these miniatures!