One week after Le Mans it goes again once around the clock, while the Formula 1 is guest in France. To this: New modelcars from Minichamps to the Porsche 911 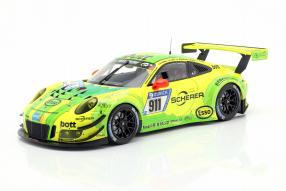 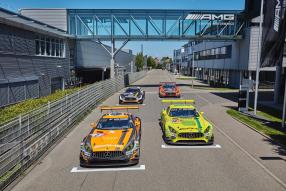 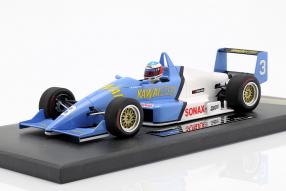 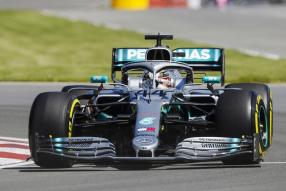 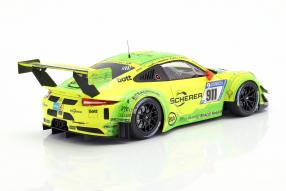 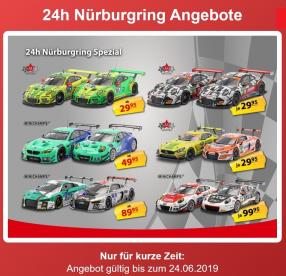 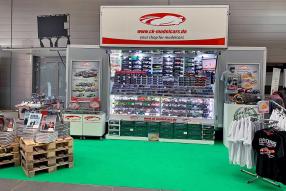 There could hardly be a better summer: The weather shows for the most part at its best and the forecast for the coming weekend is also good, where the motorsport fans expect two highlights. The Gran Prix of France celebrates its guest appearance in Le Castellet and the 24-Hours-Race at the Nürburgring is going to attract hundreds of thousands to the Nordschleife. The CK-trailer is represented in the Ringboulevard with the latest miniatures, directly across the Rheinland-Pfalz VIP Lounge. There, for example, you can take a look at the novelties, which Minichamps delivered this week: Among them a model of the Reynard F903, with which Michael Schumacher had won the GP of Macau 1990 as well as a miniature of the Grello, the neon colored Porsche 911 GT3 R from Manthey Racing from the Nürburgring 2017. And to get you started, there is a highlight video from the previous year embedded above.

Off to France: This coming weekend, the Formula 1 is making its second appearance since the comeback last year at the Paul Ricard circuit. All in all, it is the 60th Grand Prix of France, which has been held in addition to the course in Le Castellet (15 times) so far on six other circuits (Magny Cours, Reims, Dijon, Rouen, Clermont-Ferrand and Le Mans). The return to France gave the Mercedes-AMG F1 Team a victory and a pole position by Lewis Hamilton last year, as well as the fastest race lap that left Valtteri Bottas on the tarmac. For the Silver Arrows, it was the second Formula 1 victory in France after the triumph of Juan Manuel Fangio in the W 196 R in the 1954 season. David Coulthard's only other victory with Mercedes-Benz Power scored for McLaren-Mercedes in 2000 Magny Cours.

Season highlight in the Green Hell

The 47th edition of the ADAC TOTAL 24h-race at the Nürburgring - which is going to revive the Eifel from June 20th to 23rd - is linked with high expectations for Mercedes-AMG. The sports car brand from Affalterbach wants to achieve another victory at the endurance classic race after 2013 and 2016. Seven Mercedes-AMG GT3 belong to the 160 counting driver field in the Green Hell, used by Mercedes-AMG Team Black Falcon with the start numbers 2, 3 and 6 as well as the Mercedes-AMG Team Mann-Filter (No. 48) and GetSpeed Performance (16, 17 and 18). In addition to class victories fight two Mercedes-AMG GT4 (46, 70) from Black Falcon. Behind the teams is a turbulent preparation in the VLN Langstreckenmeisterschaft Nürburgring and the qualifying race.

In this, besides the podium and top ten successes, there were also setbacks: weather capers and collisions allowed less Nordschleife kilometers than planned. But it's all a thing of the past: on the weekend, the best drivers, teams and manufacturers compete for the prestigious victory on the 25.378-kilometer Grand Prix circuit and Nordschleife. The 24-Hour Race in the 2019 edition with over 500 drivers in about 160 cars will start on Saturday at 3:30 pm and will be broadcast live on Nitro from 2:40 pm. The race in Le Castellet on Sunday probably follow most fans from 3:00 pm on RTL (German TV channel). Finally, take a look at the Grello-nine eleven, which has received the nickname because of its bright neon-colored paint job. Manthey Racing set the example in this decoration at the 24 Hours of the Nürburgring 2017 and trusted the skills of the drivers Romain Dumas, Richard Lietz, Fred Makowiecki and Patrick Pilet.

The Grello-911 in the check

The diecast modelcars in scale 1:18, limited to 354 units, match perfectly the appearance of the prototype and offer finely crafted details. For the Grello 2017, however, the race was over after just after four hours and 27 laps; 2018 was much better: the No. 911 took the pole, the 912 the victory. Our conclusion: a great modelcar for a fantastic weekend, which we are looking forward to - as well as you! Take the chance to experience the season highlight live in the Eifel and visit us in the Ring Boulevard!