The French label has proven their hang on extraordinary role models again. The highlights from the novelties in briefly surveying 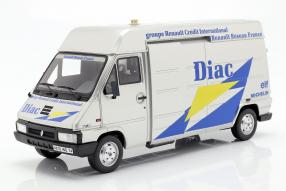 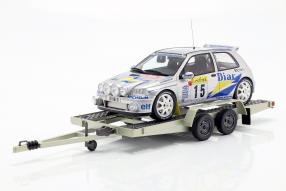 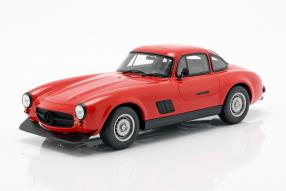 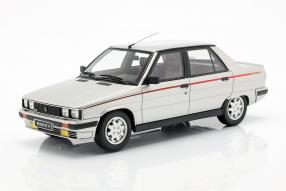 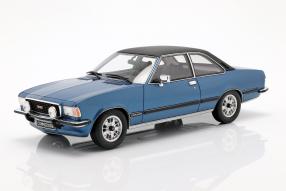 Ottomobile or Ottomodels - we never know that exactly, how we should call the popular brand, because both names can be read on the cartons - has delivered multiple well made models after their role models. First of all the set of three miniatures stands out: The Société Diac team brought the Renault Clio Maxi to the racetrack of Monte Carlo for its drivers Philippe Bugalski and Thierry Renaud in 1995 with the help of a Renault Master delivery van. The set is available under the item number OT289B, limited to 2,500 pieces and includes besides the delivery and racing car also the matching trailer. The precision inspires us, in which Otto converted the details around the driver's cab and at the rallye car. As usual, the label uses here also the highquality polyurethane resine.

Another example of the happy choice of role models is the barely known Mercedes-Benz 300 SL in AMG optics, which Ottomobile offers under the item number OT311 in scale 1:18. The makers promise a lot of it, because with 2,000 copies of the edition here is just as high as the initially described Renault set. The well-known chrome trim and bumpers were completely omitted in the AMG version of the gullwing W 198, which was built in 1974 on behalf of the customer Karl-Friedrich Flick, who was then also a shareholder of Mercedes-Benz. The conversion was based on a 17-year-old US re-import, whose chrome parts were blackened and received a somewhat coarse-looking front spoiler. Under the hood was a 4.5-liter V8 from the W 116 series with 205 kW / 280 hp.

Certainly slower, but not leisurely, it went in the Renault 9 Turbo, which Ottomobile dedicated a model based on the role model from 1984 (OT540). The front-wheel drive engine got 77 kW / 105 hp out of its four-cylinder engine with a capacity of around 1.4 liters in Phase I, thus driving 182 kilometers per hour. The miniature in silver is limited to 999 pieces. Our favorite of these deliveries, however, is the Opel Commodore B GS / E from 1977, to which Ottomodels brings out a dream in blue (OT668). The modelcars appear in an edition of 999 units and make up the equipped with a six-cylinder in-line engine exactly - taking the flagship model of the series, whose performance with 118 kW / 160 hp from 3.0 liters displacement is specified and that reached up to 200 kilometers per hour.