The miniatures to the US counterpart of the Formula 1 are available faster: Greenlight delivers the stars from diecast and in scale 1:18 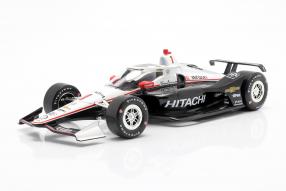 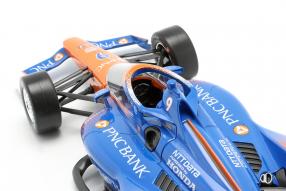 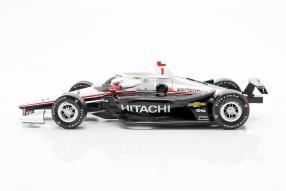 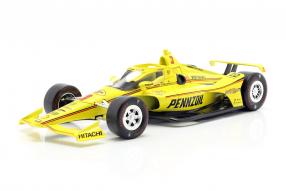 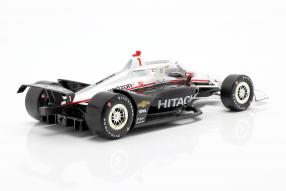 They were also affected by the corona crisis: The start of the 25th season of the American IndyCar Series - or, depending on your point of view, the 109th season of the American Monoposto-Sport - originally should have started on March 15th, in St. Petersburg and should end in Monterey on September 20th. But now it turned out differently and the NTT IndyCar Series 2020 started in Fort Worth on June 6th. Circumstances that also affected other motorsport series in the world, but that didn't stop the mold makers from Greenlight to bring the matching modelcars to the currently running season on the market. With it they are faster than the manufacturers of miniatures for the Formula 1, but that is certainly also due to the fact that all teams are equipped with the standard chassis, the Dallara DW12: All diecast-models come from only one from!

One chassis for all, that of course does not only save money on the race track, but also in the mold making for the miniatures: Basically only one model is developed and all teams are already shown in scale 1:18. For the season 2020, a total of 23 vehicles and 21 drivers were named. But compared to the reductions from the previous year there is a magnificent difference: From this season on, the cars are equipped with a cockpit protection, a combination of protective screen and the Halo-System, known from the Formula 1. This version was developed by Red Bull Advanced Technologies and Dallara, which should protect the driver of flying debris. The protective screen, coated with polycarbonate, is molded in an excellent manner on the modelcars.

An one innovation: With the execution of the purchase contract, the Penske Entertainment Corp. - a subsidiary of Penske Corporation owned by team principal Roger Penske - became the owner of the entire IndyCar series and the Indianapolis Motor Speedway in January; taken over from the previous owner, i.e. from Hulman & Company. It is therefore of course no wonder that the Penske team can also be found in the portfolio of Greenlight modelcars: driver Josef Newgarden's number 20 in silver from sponsor Hitachi is supplied under item number 11085; his team-mate Helio Castroneves with starting number 3 competes in yellow from Pennzoil (11092). Of course, Chip Ganassi Racing with driver Scott Dixon and starting number 9 can also be found in a diecast version (11091). With it too,  Ed Carpenter Racing and Andretti Autosport.

So actually a pretty colorful group, which starts the run on the showcases of the collectors. The models perfectly match the appearance and finish of its role models, which are equipped with the IR-18-Aerokit and tires from Firestone. Unfortunately, we can not see very much from the 2.2 liter big V6 twin turbo engines from Chevrolet and Honda, because the hoods can not be removed at the models. For that the car models convince with an affordable price and an outstanding detailing around the chassis and suspension. On July 6th, Scott Dixon on the Dallara-Honda crossed the finish line first and won the start in Fort Worth, the Genesys 300. The race was held on the oval course over a distance of 200 laps of 2.414 kilometers each: So the vehicles completed a total distance of 482.803 kilometers. The highlight, the Indy500, does not take place in May this year, but on August 23rd. Have a lot of fun with it and also with the modelcars from Greenlight.