Altaya and the newest modelcars in scale 1:43 from diecast at a fabulous price / performance ratio: Bugatti, Ferrari, Lamborghini, McLaren and Aston Martin 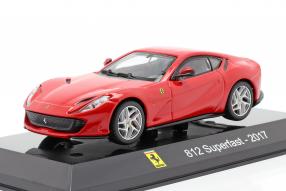 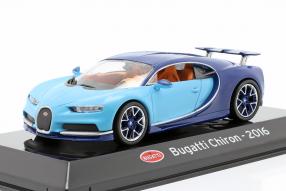 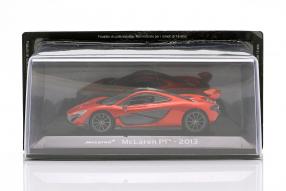 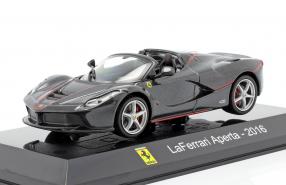 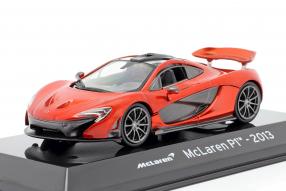 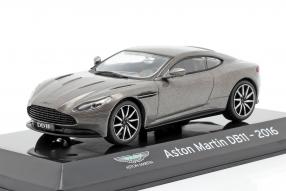 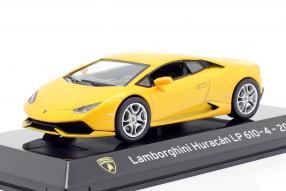 It is almost like easter and christmas at the same time: Very well made car models at a really exceptional price: Miniatures for almost current role models come from the production of Altaya. Let the names melt on your tongue: Ferrari 812 Superfast from 2017, McLaren P1 from 2013, the Aston Martin DB11 from 2016, the Bugatti Chiron from the same year and the Lamborghini Huracan LP610-4 in scale 1:43 as well as in an impressino that exactly matches the design language of the originals. The models come in a showcase to the collector, but arrive there in an additional blister packaging. The price of 9.95 EUR each is without competition. The quality is very good, so that we can speak here from an extraordinary price / performance ratio. Get involved in this article and start a tour of this offer with us!

Bugatti Automobiles chose the Monegasque racing driver Louis Chiron as godfather for the sports car, which saw the light of day in 2016 as the successor to the Veyron. Compared to its predecessor, the developers from Alsace increased the performance of the W16 by 25 percent: The owner of the super sports car with its 8.0 liter displacement can call up a total of 1,103 kW / 1,500 hp. Four turbochargers, 1,600 Newton meters (Nm) of maximum torque, real-time monitoring of the vehicle via telemetry and a top speed of restricted 420 kilometers per hour - this is data that the driver of a Golf hardly sees as real. From zero to 100 in 2.4 seconds, to 200 in 6.1 seconds and the 300 mark in 13.1: Mega! The modelcars in this offer come in blue.

The McLaren P1 was no less sensational, which was presented also in Geneva three years before the Chiron. With an almost cheap purchase price of 1.1 million euros compared to the 2.4 million net for the Bugatti, the P1 carries almost all racing sports genes, which the company McLaren has acquired over the decates of its motorsport activities: Several world championships included! 542 kW / 737 hp from a 3.8 liter big V8 plus 132 kW / 197 hp from an electric motor provide a total of 674 kW / 916 hp system power, which the McLaren P1 converts at 900 Nm into 350 kilometers per hour of top speed. In 2.8 seconds to 100, 6,8 to 200 and after 13.1 to 300 - that are the values compared to the Bugatti Chiron. And also for the P1 there are modelcars available in this offer, painted in the popular copper red metallic.

After the Aston Martin DB11 and the Lamborghini Huracan LP610-4 from the year 2014, two Ferrari have also found their way into the product range: Really, very acceptable in completion and appearance are the modelcars of the LaFerrari Aperta and the 812 Superfast coupe. The Aperta is the open version of the LaFerrari and limited to 210 units. With its overall performance of 708 kW / 963 hp from the combination of V12 and electric motor, the super sports car is able to hit 350 kilometers per hour with its 970 Nm in total. It is 718 Nm at the Ferrari 812 Superfast, which developes 588 kW / 800 hp from its V12-internal-combustion-engine with 6.5 liters displacement. It counts as the strongest series-Ferrari. The modelcars to this star among the super sports cars simply belong to this collection.

Here: Click to the six modelcars from this article