From the significantly upgraded version of the family estate car from Ingolstadt, limited modelcars in scale 1:18 appear on 999 units 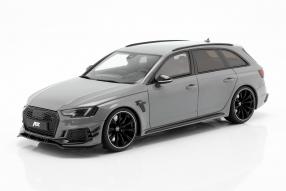 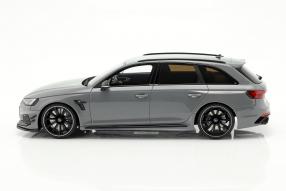 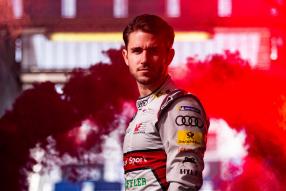 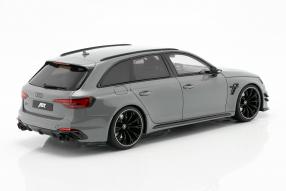 #AllTheWayAbt - This hashtag of the famous car tuner from Kempten in Allgäu is now also followed by the GT Spiritmodels label and presents modelcars of the Abt Audi RS4-R Avant, which was presented by Abt Sportsline GmbH at the Geneva Motor Show 2018. The company in the current form was founded in 1991 and has explained the areas tuning of the cars from the Volkswagen Group - first of all Audi - as well as the development of components around suspension, engine and body as a business purpose. The best business cards for this are the complete vehicles, which are offered by the family business. To these belongs also the Abt Audi RS4-R Avant, which is presented by the racing driver Daniel Abt in the above embedded video. Daniel is the son of Hans-Jürgen Abt, who is leading the company alone with about 150 employees in the Johann-Abt-Str. 2, since 2011.

The grey painted modelcar with the item number GT236 is limited to 999 units and is made as usual with GT Spiritmodels of the high-quality polyurethane resine. This material makes small series of rare role models often economically feasible because of its lower demands on mold making, but it renounces opening doors and hoods. And that's a pity, because in the case of the Abt Audi RS4-R Avant the collector could discover a master piece under the bonnet. The 2.9-liter V6 of the EA839 series from the Volkswagen Group brings it with its two turbochargers and after the visit at Abt on 389 kW / 530 hp with a maximum torque of 690 Newton meters (Nm), the eight-speed automatic transmission / Tiptronic is transferred to the four-wheel drive.

The multi-stage performance package of the limited edition of 50 pieces and sold out small series, exists of an additional engine control unit and a high-performance sports exhaust system, which offers a real feast for the eyes with four almost arm-thick 102 mm carbon tailpipes. For comparison: The production version of the bi-turbo delivers 331 kW / 450 hp and 600 Nm. GT Spiritmodels has precisely transferred the appearance of the car, which has been upgraded by numerous changes to the exterior, to the miniatures and perfectly matched their lines. The front bumper with front splitter, the side flics, the rear diffuser and the sills and flared fenders give a reliable impression of what the driver can use on prestige overtaking on the Autobahn. In 3,8 seconds the Audi reaches 100; the top speed is 280. The right modelcar for a good start to the week just what we wish you!