Spark and VW now offer modelcars to the record car of June 24th, 2018 in scale 1:87. In this size, we have more in stock from Porsche to railcars 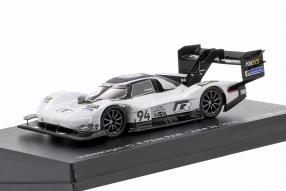 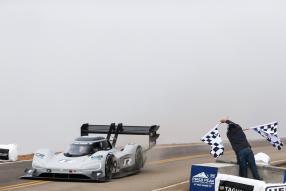 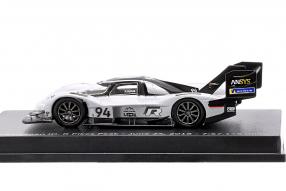 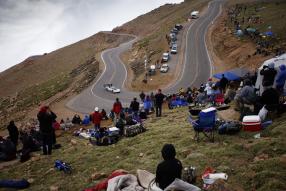 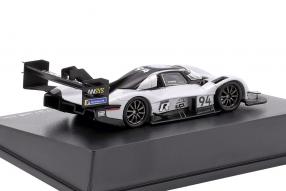 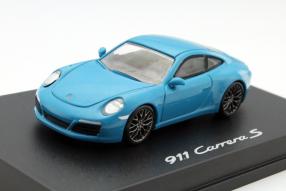 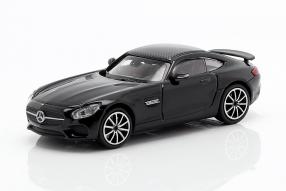 The car manufacturer Volkswagen from Wolfsburg celebrates the 24th of June, 2018, as the day of great success: With the VW ID. R Pikes Peak the brand has written history at the Pikes Peak International Hill Climb. Romain Dumas from France defeated the conventional drive technology competition in the 500 kW / 680 hp ID. R Pikes Peak and improved not only the previous record for electric vehicles, but also the all-time record of his countryman Sébastien Loeb in 2013 - and this by 16 seconds. Dumas new record of 7.57.148 minutes is now at the top of the list of Pikes Peak winners - including well-known driver personalities such as the German Walter Röhrl or the French Michèle Mouton. We illuminate the role model and the model here a little more detail and dazzle to other modelcars in the size 1:87.

19.99 kilometers, 156 turns and just one try: Romain Dumas celebrated his fourth overall victory at the legendary mountain race Pikes Peak International Hill Climb - which has been held 96 times since 1916. With the I.D. R Pikes Peak, Volkswagen has put an extraordinary race car on the wheels - specially tailored to the requirements of the famous mountain race: minimum weight, maximum downforce and maximum power should enable the best possible performance. The I.D. R Pikes Peak weighs less than 1,100 kilograms, including its battery cells. In terms of aerodynamics, it was necessary to compensate for the loss of downforce due to the lower air density at Pikes Peak. Widely visible result of this experiment: The slim and flat body with the huge wing at the rear, which brings Spark exemplary in the format 1:87.

In terms of charging technology, Volkswagen also said it was breaking new ground - with the goal of charging as quickly as possible and at the same time protecting the environment. The regulations set the time: A complete load must be realized in case of a race cancellation in less than 20 minutes. The required power was generated by generators at the foot of Pikes Peak. The choice fell on the completely non-toxic glycerol as fuel, which is chemically-wise a sugar alcohol. This fuel - which is produced, for example, in the production of bio-diesel - burns almost completely without harmful exhaust gases or residues. The electric motors of the I.D. R Pikes Peak was developed in cooperation with partner Integral e-drive and remains under the guise of the model number CK55029, which corresponds exactly to the successful prototype.

After all, we don't know it any differently from Spark; regardless of whether in scale 1:18, 1:43 or 1:87. In this format, which fans of model railways prefer in particular, Spark recommends the miami-blue Porsche 911 of the series 991, which perfectly translates the appearance of the role model as also the ID. R the lines of the prototype into the scale H0. Porsche is well served in terms of the size 1:87 but also by Minichamps: Whether Porsche 918 Spyder 2015 or Macan 2013, whether Cayenne Turbo 2017 in four colors or the 911 GT3 RS 2015 - the lovers of sports cars from Zuffenhausen can also let off steam on the model railway. For those, there are historic Porsche such as the 356, the 904 GTS or the 550 Spyder - on the occasion of the 70th anniversary of the brand in 2018 directly on matching railway cars from Märklin.

Here: Click to four sites of scale 1:87 including Volkswagen ID.R